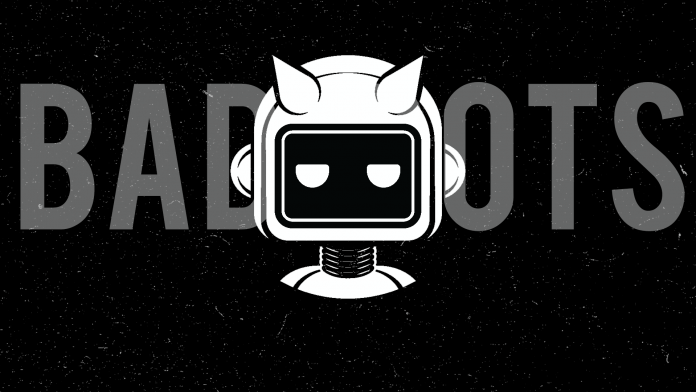 Bad internet bot traffic rose by 18.1% in 2019, and it now accounts for nearly one-quarter of all internet traffic

The figure above, which comes from Imperva’s 2020 Bad Bot Report, should come as a warning to all internet users, especially companies and organizations who maintain their own infrastructure online to take this problem seriously.

The pervasiveness of malicious bots (or “bad bots” for short) not only places additional strain on networks and leads to additional infrastructure costs, it also indicates rampant cyberattacks and malicious activities that are committed by cybercriminals and threat groups.

Imperva’s report even reveals concerning trends such as attempts to rebrand bad bots as legitimate services, the growth of massive credential stuffing attacks being carried out by malicious actors using bots, and the increasing complexity of bot operations. Considering these developments, it’s only prudent to understand what bad bots are and how to fight them.

Let’s hash it out.

What Are Internet Bots and How Are They Used?

Simply put, internet bots are software applications that are designed to automate many tedious and mundane tasks online. They’ve become an integral part of what makes the internet tick and are used by many internet applications and tools.

Travel aggregators use bots to continuously check and gather information on flight details and hotel room availabilities so that they can display the most up-to-date information for users. This means that users no longer need to check different websites individually. The aggregators’ bots consolidate all of the information, allowing the service to display the data all at once.

Thanks to developments in artificial intelligence and machine learning, bots are also being used to complete more complex tasks. Business intelligence services use bots to crawl through product reviews and social media comments to provide insights on how a particular brand is perceived.

How Bots Can Positively (and Negatively) Impact Your Organization

Imagine if these tasks were done manually by a human. It would be quite a slow and error-prone process. By using bots, these tasks are completed quickly and more accurately. This frees up your organization’s “human assets” to collaborate and focus on higher-level projects and goals.

Bots have an impact on the infrastructure of websites and applications they come into contact with. Since bots essentially “visit” websites, they consume computing resources such as server loads and bandwidth. Because of this, even these good bots can inadvertently cause harm. An aggressive search engine or aggregator bot can take down a site with limited resources. Fortunately, proper site configuration can prevent this from happening.

What Are Bad Bots?

In general, bot activity is already something that most organizations have been dealing with for years. However, what’s worrisome is the traffic that comes from the “bad bots” — the bots that have been appropriated by malicious actors to serve as tools for various hacking and fraud campaigns.

The most common uses for bad bots include:

Hackers are also becoming more sophisticated and creative in how they use these bots. To start, they’re designing bots that are capable of circumventing conventional bot mitigation solutions, thus making them harder to detect. Some enterprising parties even create seemingly legitimate services out of bad bots. Bots can be used to help buyers get ahead of queues in time-sensitive transactions such as buying limited edition products or event tickets.

Hackers can perform these activities on a massive scale because  through the use of massive botnets, which are networks composed of devices capable of running bots. Many of these devices are compromised from previous hacks. The Mirai botnet, which is responsible for several massive denial-of-service attacks, is composed of tens of thousands of compromised internet-of-things (IoT) devices such as IP cameras and routers.

To put it succinctly, industries are suffering from these bad bots. According to the same Imperva report, the hardest hit sectors are financial services (47.7%), education (45.7%), IT and services (45.1%), and marketplaces (39.8%) — industries where bots look to breach accounts through brute force, steal intellectual property, and scrape prices, respectively.

Malicious Bots: How Do We Fight Them?

Falling victim to bad bots can have serious consequences. Aside from the computing resources it consumes, bot traffic can affect business performance. Price scraping can leave businesses at a pricing disadvantage against their competitors. Content scraping can hurt search rankings. Spam can affect a site’s image and credibility in the eyes of search engines.

Getting breached can open up networks to other forms of cyber attacks including data theft and ransomware. Clearly, steps must be taken to prevent them from running rampant.

Here are three critical measures to fight back against these bad bots:

Organizations must be proactive in dealing with bad bots. This starts with recognizing and identifying the problem. IT teams can assess if their networks are being attacked by bots by taking a look at their web analytics and review their traffic.

Spikes in bandwidth consumption and log-in attempts can be signs of increased bot activities. Traffic from unusual countries of origin can also hint at bad bots probing a site for vulnerabilities. Checking IP addresses and geolocations of traffic sources can reveal potential bot activity.

Business performance can also be an indication of malicious bot activity. For instance, a sudden drop in conversion rates for ecommerce sites can allude to price scraping.

It’s critical for organizations to adopt and enhance cybersecurity measures that protect their respective infrastructure. Among the best practices to implement are:

It’s important to constantly monitor and test the behavior of all security measures that are put in place. Misconfiguration or faulty implementation does happen. As such, checks like penetration tests and attack simulations should be performed routinely to verify if the measures work as intended. Adopting even the most expensive tools and solutions would only lead to waste if they are improperly configured.

It’s also crucial to test if the measures are having a negative effect on business goals. Poorly configured bot detection can prevent good bots from getting through. Blocking search engine crawlers can instantly tank a site’s ranking. If a site relies on partnerships with aggregators to drive their business, inadvertently blocking aggregator bots can likewise break the service altogether.

Site owners should pay close attention to their traffic considering how malicious bots continue to run rampant. Left unchecked, bad bot traffic can evolve from a nuisance to something more serious such as a full-on cyber attack in no time. Knowing how to mitigate bad bot traffic can help to safeguard your infrastructure and create a more secure internet for everyone.