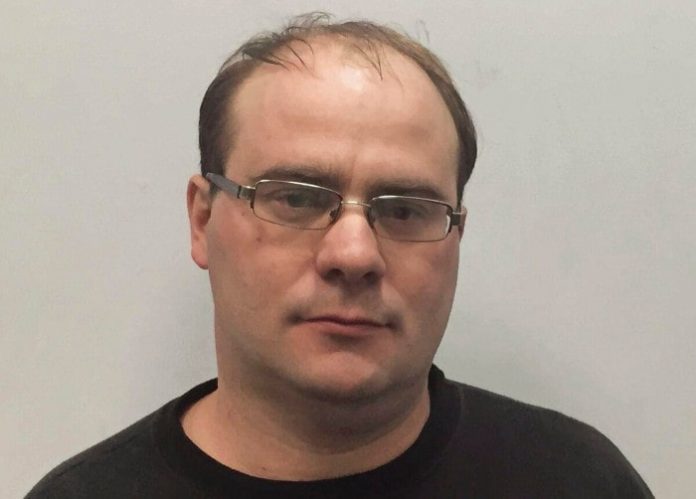 A New Hampshire man was sentenced to 120 months in federal prison for participating in a conspiracy to distribute methamphetamine and possession of a firearm in furtherance of a drug trafficking crime.

James M. Nesbitt, 44, of Rochester, New Hampshire, was sentenced to ten years in federal prison for possession with the intent to distribute, and to distribute, fentanyl and methamphetamine. Nesbitt’s co-conspirators Haley Hansler and William McKay both pleaded guilty to related charges.

State police spotted the truck as well as McKay’s Jaguar sedan. Nesbitt was in the passenger seat of the truck and Hansler was driving. The police decided that Hansler was “driving erratically” and conducted a traffic stop. During the stop, the police searched the truck and seized $6,000 in cash, fentanyl, methamphetamine, and 58 grams of heroin.

“Haley, I had crystal meth in my pocket, I’m going to jail,” Nesbitt shouted to Hansler during the traffic stop. During questioning, Nesbitt told investigators that he had won a lottery for the $6,000 in cash found during the traffic stop. Later, Nesbitt told investigators that he had earned the money by selling methamphetamine. He explained that the drug trafficking conspiracy netted him around $2,000 every week.

Nesbitt told the DEA that McKay had purchased methamphetamine on the darkweb and used Nesbitt’s home address to receive the packages. Nesbitt said he was angry that McKay had used his address which resulted in paranoia. Nesbitt said he had booked the hotel after receiving the package and had taken the six ounces of methamphetamine with him to the hotel. He planned to split it with McKay at the hotel.

“Armed drug traffickers are a menace to everyone,” said U.S. Attorney Murray. “The hazards posed by drug dealers are greatly enhanced when they carry guns while selling their dangerous wares. In order to keep the Granite State safe, we will continue to work closely with all of our law enforcement partners to identify, prosecute, and incarcerate the armed drug dealers who jeopardize the health and safety of our citizens.”

“Drugs and guns are a deadly combination,” said Special Agent in Charge Brian D. Boyle. “DEA is committed to bringing to justice poly-drug traffickers like Mr. Nesbitt. This investigation demonstrates the strength of collaborative law enforcement efforts in New Hampshire.”

Two Bitcoin Launderers Sentenced to Prison in the Netherlands