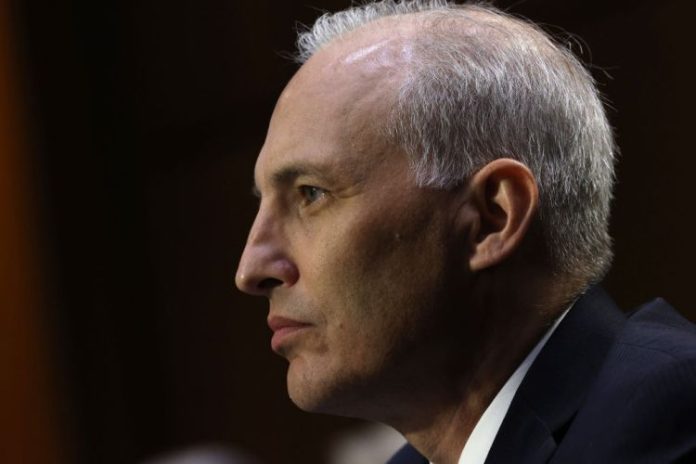 The U.S. Department of Justice is closing down its controversial “China Initiative,” instead launching a broader strategy toward countering multiple threats from several countries, a senior department official said Wednesday.

“We see nations such as China, Russia, Iran and North Korea becoming more aggressive and more capable in their activity than ever before,” Olsen said, adding that the new strategy “is threat driven,” and an attempt to counter malign activity from multiple countries, not just China.

The China Initiative — launched during the Trump administration to group espionage, intellectual property theft and cybecrime cases involving Chinese suspects under one effort — was criticized for alleged racial profiling and unfair targeting and treatment of academics with ties to China.

Olsen said he believed that “the department’s actions have been driven by genuine national security concerns.” But the China Initiative helped fuel a “harmful perception that the department applies a lower standard to investigate and prosecute criminal conduct related to that country or that we in some way view people with racial, ethnic or familial ties to China differently.”

Going forward the DOJ will recognize the “full spectrum” of threats from each country.

“We will use all the legal tools in our arsenal to combat these threats,” Olsen said, such as “prosecuting state agents for espionage, hacking campaigns against our government and the private sector, and the repression of critics, as well as efforts to manipulate public discourse in the United States.”

Olsen offered examples of the kinds of cases the department has brought in recent years that typify the activity that will fall under the new strategy. The DOJ has prosecuted covert influence operations on behalf of Russia, China, Malaysia and Pakistan, he said, and the department is working to strengthen enforcement of the Foreign Agents Registration Act.

He pointed to Chinese breaches of Microsoft Exchange servers, the Russian government’s hack of SolarWinds — which compromised dozens of government agencies and hundreds of private companies — along with Iranian interference operations and North Korean attacks on cryptocurrency exchanges.

China “stands apart,” Olsen said, citing recent comments from FBI Director Christopher Wray, and will still get the department’s full attention if cases can be brought.

DOJ prosecutors must “protect the United States from the myriad threats we face, while staying true to the Constitution and the values of the Justice Department,” Olsen said.