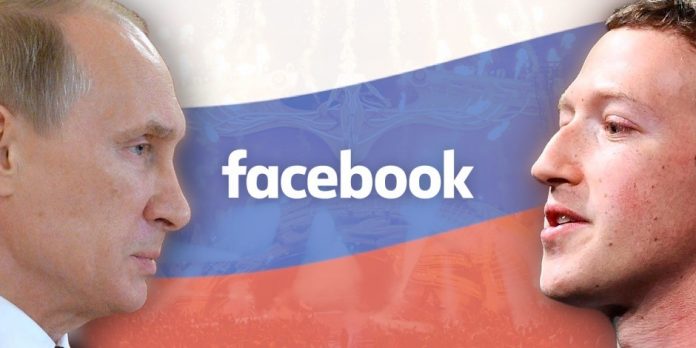 The company said the accounts, which it suspended for using fake identities and other types of “coordinated inauthentic behaviour,” were linked to Russian intelligence and people associated with a St. Petersburg-based organisation accused by U.S. officials of working to sway the 2016 presidential vote.

The Russian foreign ministry did not respond to a request for comment after normal working hours in Moscow. Russia has repeatedly denied allegations of election meddling and says it does not interfere in the domestic politics of other countries.

Nathaniel Gleicher, Facebook’s head of cybersecurity policy, said there was no immediate evidence that hacked documents were about to be leaked, but by suspending the accounts Facebook hoped to prevent them being used in any subsequent operation.

“Our team watches for the threats and trends that we need to be ready for, and one that we are very aware of … is a hack-and-leak operation, particularly in the next 6-8 weeks,” he told Reuters.

“We want to make sure that the accounts are down to prevent their ability to pivot them to facilitate a hack-and-leak around the U.S. election.”

Facebook said the networks were small with only a handful of accounts on its website and photo-sharing service Instagram, some of which posed as independent media outlets and think tanks. The accounts had a combined total of around 97,000 followers.

While some of the activity did target audiences in Britain and the United States, the networks were predominantly focused on countries in the Middle East and bordering Russia, such as Syria, Turkey, Ukraine and Belarus, Facebook said.

Twitter Inc TWTR.N said it had worked with Facebook to identify and remove 350 accounts operated by state-linked organisations in Russia.

Both companies said one of the networks had been identified following a tip from the FBI, which warned on Tuesday that foreign actors and cybercriminals were likely to spread disinformation about the results of the Nov. 3 election.

The warnings follow an alert by Microsoft Corp earlier this month that hackers linked to Russia, China, and Iran are trying to spy on people tied to both U.S. President Donald Trump and his Democratic challenger, Joe Biden.

Graham Brookie, director of the Atlantic Council’s Digital Forensic Research Lab, worked with Facebook to analyse the suspended accounts. He said the activity showed Russia was continuing efforts to exacerbate political tensions in the United States and elsewhere.

“That doesn’t dismiss the fact that the scale and scope of domestic disinformation is far greater than what any foreign adversary could do,” he said. “But Russia’s efforts remain an extremely serious national security vulnerability.”

Reporting by Jack Stubbs in London; Additional reporting by Gabrielle Tetrault-Farber in Moscow; Editing by Kirsten Donovan and Matthew Lewis

Nation-state cyber attacks targeting businesses are on the rise