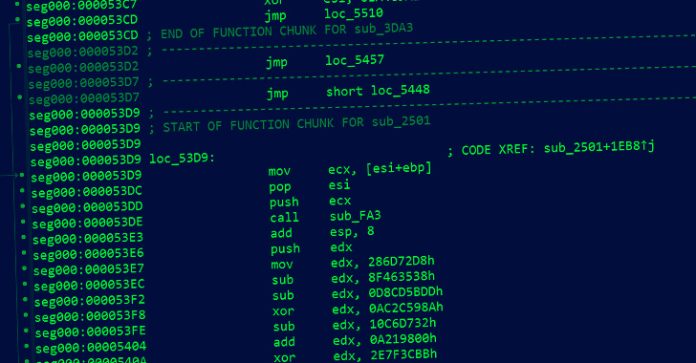 By: Ravie Lakshmanan
Hackers tied to the North Korean government have been observed using an updated version of a backdoor known as Dtrack targeting a wide range of industries in Germany, Brazil, India, Italy, Mexico, Switzerland, Saudi Arabia, Turkey, and the U.S.
“Dtrack allows criminals to upload, download, start or delete files on the victim host,” Kaspersky researchers Konstantin Zykov and Jornt van der Wiel said in a report.
The victimology patterns indicate an expansion to Europe and Latin America. Sectors targeted by the malware are education, chemical manufacturing, governmental research centers and policy institutes, IT service providers, utility providers, and telecommunication firms.

Dtrack, also called Valefor and Preft, is the handiwork of Andariel, a subgroup of the Lazarus nation-state threat actor that’s publicly tracked by the broader cybersecurity community using the monikers Operation Troy, Silent Chollima, and Stonefly.
Discovered in September 2019, the malware has been previously deployed in a cyber attack aimed at a nuclear power plant in India, with more recent intrusions using Dtrack as part of Maui ransomware attacks.
Industrial cybersecurity company Dragos has since attributed the nuclear facility attack to a threat actor it calls WASSONITE, pointing out the use of Dtrack for remote access to the compromised network.

The latest changes observed by Kaspersky relate to how the implant conceals its presence within a seemingly legitimate program (“NvContainer.exe” or “XColorHexagonCtrlTest.exe”) and the use of three layers of encryption and obfuscation designed to make analysis more difficult.
The final payload, upon decryption, is subsequently injected into the Windows File Explorer process (“explorer.exe”) using a technique called process hollowing. Chief among the modules downloaded through Dtrack is a keylogger as well as tools to capture screenshots and gather system information.
“The Dtrack backdoor continues to be used actively by the Lazarus group,” the researchers concluded. “Modifications in the way the malware is packed show that Lazarus still sees Dtrack as an important asset.”