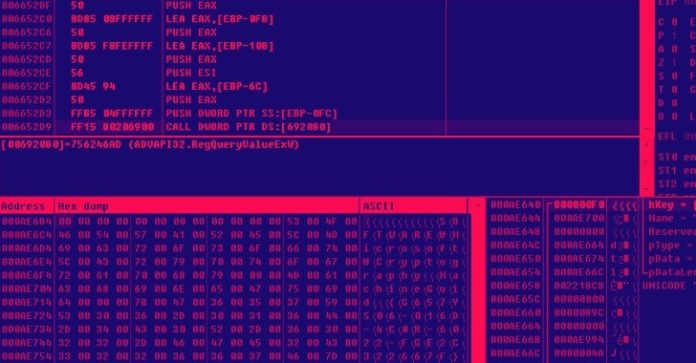 By: Ravie Lakshmanan
Numerous Windows machines located in South Korea have been targeted by a botnet tracked as PseudoManuscrypt since at least May 2021 by employing the same delivery tactics of another malware called CryptBot.
“PseudoManuscrypt is disguised as an installer that is similar to a form of CryptBot, and is being distributed,” South Korean cybersecurity company AhnLab Security Emergency Response Center (ASEC) said in a report published today.
“Not only is its file form similar to CryptBot, but it is also distributed via malicious sites exposed on the top search page when users search commercial software-related illegal programs such as Crack and Keygen,” it added.
According to ASEC, around 30 computers in the country are being consistently infected on a daily basis on average.

PseudoManuscrypt was first documented by Russian cybersecurity firm Kaspersky in December 2021, when it disclosed details of a “mass-scale spyware attack campaign” infecting more than 35,000 computers in 195 countries globally.
Targets of PseudoManuscrypt attacks, which it originally uncovered in June 2021, include a significant number of industrial and government organizations, including enterprises in the military-industrial complex and research laboratories, in Russia, India, and Brazil, among others.

The main payload module is equipped with extensive and varied spying functionality that provides the attackers with virtually full control of the infected system. It includes stealing VPN connection details, recording audio with the microphone, and capturing clipboard contents and operating system event log data.

Furthermore, PseudoManuscrypt can access a remote command-and-control server under the attacker’s control to carry out various nefarious activities such as file download, execute arbitrary commands, log keypresses, and capture screenshots and videos of the screen.
“As this malware is disguised as an illegal software installer and is distributed to random individuals via malicious sites, users must be careful not to download relevant programs,” the researchers said. “As malicious files can also be registered to service and perform continuous malicious behaviors without the user knowing, periodic PC maintenance is necessary.”