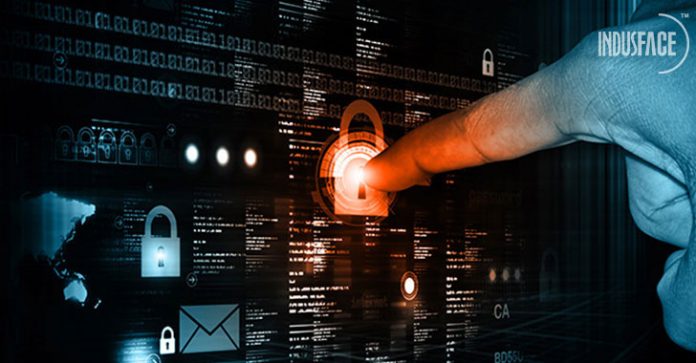 By: The Hacker News
Distributed Denial of Service (DDoS) attack is a malicious form of attack that disrupts the regular network traffic by overwhelming the website with more traffic than the server can handle. The main aim of this kind of cyberattack is to render the website inoperable.
Over recent years, these kinds of attacks are increasing, fueling the demand for the best DDoS protection software solutions. Many unplanned data center outages are owing to DDoS attacks. The threat of DDoS is due to access to easy-to-use tools and the profit potential through extortion.
The attacks target businesses directly, leading to substantial financial and personal losses, making it critical to have robust DDoS protection software solutions in place.
According to the report of Market Research Inc, the DDoS protection Software Market is predicted to reach +14% CAGR by 2020 – 2028.
Important Statistics to illustrate the growing demand for DDoS Software Solutions
Demand for the DDoS software market is on the rise due to the exponential increase in multi-vector DDoS attacks and the ease with which DDoS-for-hire services are available today.
These statistics show continuous growth in the deadly DDoS attacks and the impending requirement to have a robust DDoS protection pool.
There has been a perceptible rise in DDoS attacks between 2014 and 2017, up 2.5 times.
By 2020, the total number of DDoS attacks reached 17 million, with the cost of one such attack between $20,000-$40,000 per hour.
The average size of such an attack was a whopping 26.37 GBps in Q2 2018 that increased by a mind-blowing 967% to reach 100 Gbps in Q1 2019.
The largest attack so far was GitHub in February 2018 with 1.3TBps.
China was the top offender in DDoS attacks in Q3 2020, accounting for 70.20% of all attacks.
In Q3 2020, China was the leading targeted country, with 72.83% of attacks.
DDoS activity increased by 542% between Q4 2019 and Q1 2020
The global DDoS protection and mitigation market size is anticipated to increase at a CAGR 0f 14%, from USD 2.4 billion in 2019 to USD 6 billion by 2028
Factors Driving the Growth of DDoS Protection and Mitigation Market
The incidents of cyberattacks have increased in recent times, mainly due to the shift towards digitization, an increase in the number of connected devices, and the rise in the computational power of processors. There is a critical need to develop software solutions to mitigate these threats.
The main factors that would drive the growth of the DDoS protection and mitigation market between 2020 -2028 include the rise in the penetration of the Internet of Things (IoT) and connected devices and the demand from small and medium enterprises.
Organizations realize the impact of these attacks and want to have a disaster recovery plan in place beforehand.
How DDoS Protection Works
Many enterprises are faced with the question – How to protect my website from DDoS attacks? Today, there are many vendors offering software solutions that guard websites against these attacks.
It uses algorithms and advanced software to manage incoming traffic to the website. It denies access to illegitimate traffic and lets the legitimate one filter through.
DDoS Prevention Solution
The DDoS protection program includes buying and managing the equipment that can sift out the receiving traffic and resist the attack. These are cloud-based security services and network devices that moderate the incoming threat.
Between 2020-2028, hardware solutions and services are expected to grow to ascertain network connectivity and reduce downtime in case of equipment or power failures.
DDoS Deployment Modes
DDoS protection and mitigation market are divided into the cloud, on-premises, and hybrid when it comes to deployment. The hybrid model is expected to grow maximum in the forecast period. It allows organizations to keep their essential data within their premises and shift the non-critical one to the cloud.
In recent times, many DDoS attacks were undetected by on-premises and cloud-based solutions. Organizations could not detect and thwart them; hence, they are shifting towards a hybrid deployment model.
Key players offering DDoS Detection and Mitigation Solutions
With the increase in DDoS attacks, there has been an increasing number of players offering software solutions to detect and mitigate the attacks.
The top players in the market are:
Largest Market Share in The DDoS Protection and Mitigation Market
According to the Market Research Inc report, North America would have the biggest, largest market share in the DDoS protection and mitigation market in the forecast period. The main drivers for having a huge market size are that it was one of the early adopters of the DDoS protection and mitigation solution and has no solution providers in this field. Many businesses in North America are implementing DDoS protection and mitigation solutions to thwart these threats in the bud.
Asia Pacific (APAC) will also see a rise in its market growth due to fast economic growth and stability in developing countries, and better regulatory reforms.
In recent times the DDoS attacks are becoming more and more sophisticated, with the threat and impact of network DDoS attacks changing over time. Though the volumetric attacks are quite the same, the application-specific attacks and targeted, high-intensity ones increase in number.
DDoS protection software solutions aim to eradicate the downtime of these attacks and enhance website availability to keep businesses productive and efficient. On-premises, cloud, and hybrid software solutions for small, medium, and large enterprises is the way forward.