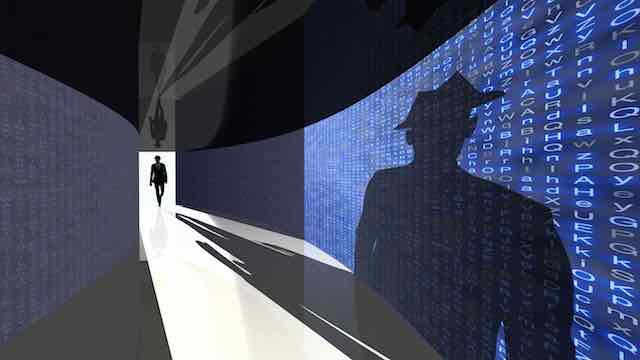 Blackrota is targeting a security bug in Docker, but is nearly impossible to reverse-analyze.

Researchers have discovered a new backdoor written in the Go programming language (Golang), which turned their heads due to its heavy level of obfuscation.

The backdoor, called Blackrota, was first discovered in a honeypot owned by researchers, attempting to exploit an unauthorized-access vulnerability in the Docker Remote API. What sets the backdoor apart is its use of extensive anti-detection techniques, which makes the malware extremely difficult to analyze – something that researchers said is not commonly seen with Golang-based malware.

“Historically, we have seen malware written in Go that was at best stripped at compiling time, and at worst slightly obfuscated, without much difficulty in reverse-analysis,” said researchers with 360 Netlab, in a Tuesday posting. “Blackrota brings a new approach to obfuscation, and is the most obfuscated Go-written malware in ELF format that we have found to date.”

Researchers named the malware Blackrota, due to its command-and-control (C2) domain name (blackrota.ga). Threatpost has reached out to 360 Netlab for further information regarding the specific vulnerability being targeted.

The Blackrota backdoor is currently only available for Linux, in Executable and Linkable Format (ELF) file format, and supports both x86/x86-64 CPU architectures, said researchers. ELF is a common standard file format for executable files. Upon further investigation, researchers found that Blackrota is configured based on what they called a “geacon.”

This is a type of beacon used by the malware to communicate with a C2 server, asking for instructions or to exfiltrate collected data. This beacon in particular is implemented in the Go language, and has previously been utilized via CobaltStrike, a commodity attack-simulation tool that’s used by attackers to spread malware and control compromised hosts.

When it comes to obfuscation, various tactics make Blackrota difficult to analyze and detect. For one, the malware uses gobfuscate, an open-source tool for Go code, to obfuscate the source code before compiling. It hides various elements of Go source code with random character substitutions – including the package names, global variable names, function names, type names and method names.

“With thousands of random string-named functions and a large number of randomly-named data types, methods and global variables, we could not be sure what third-party Go packages were used inside the sample, making the reverse-analysis almost impossible to move forward,” said researchers.

Gobfuscate also replaces all strings used in the code with XOR encodings (the XOR cipher is a cryptographic logic operation that compares two input bits and generates one output bit). In this case, each string is assigned an XOR decoding function that dynamically decodes strings during program execution.

“Blackrota uses gobfuscate to obfuscate symbolic and type information, which is the ‘life-door’ of such reverse-analysis tools,” said researchers. “The symbolic information they parse and recover becomes unreadable, and it is not possible to make sense of the symbolic and type information, and it is not possible to know which third-party packages were imported to the project. This makes the reverse-analysis process a lot more difficult.”

Another roadblock for analysis is that the Go language uses fully static links to build binary files – meaning that all of the codes used in standard and third-party libraries are packed into binary files, resulting in very large binary files.

“This characteristic, from a reverse-analysis point of view, means that when you open a Go binary file in a disassembly tool, you will see thousands or even tens of thousands of functions,” said researchers. “If these functions don’t have corresponding symbolics, it will be difficult to reverse-analyze Go binary files.”

Researchers said that obfuscated malware written in Go is rare, but has been seen before. The ransomware strain called EKANS, which is an ransomware variant written in Golang, was previously uncovered using the same obfuscation method as Blackrota, for instance. Researchers warned that these new types of malware will create a headache for security defenders moving forward when it comes to analysis and detection.

“The obfuscation method of Blackrota and EKANS creates new challenges for reverse analysis,” said researchers. “As the Go language becomes more popular, more and more malware will be written in Go in the future…we will keep an eye on what is going to happen.”