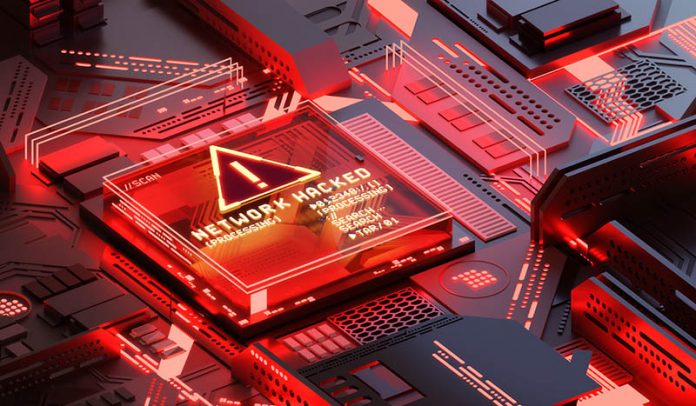 Researchers from Sophos discovered the emerging threat in July, which exploits the ProxyShell vulnerabilities in Microsoft Exchange servers to attack systems.

Researchers discovered a novel ransomware emerging on the heels of the ProxyShell vulnerabilities discovery in Microsoft Exchange servers. The threat, dubbed LockFile, uses a unique “intermittent encryption” method as a way to evade detection as well as adopting tactics from previous ransomware gangs.

Discovered by researchers at Sophos, LockFile ransomware encrypts every 16 bytes of a file, which means some ransomware protection solutions don’t notice it because  “an encrypted document looks statistically very similar to the unencrypted original,” Mark Loman, director, engineering, for next-gen technologies at Sophos, wrote in a report on LockFile published last week.

“We haven’t seen intermittent encryption used before in ransomware attacks,” he wrote.

The ransomware first exploits unpatched ProxyShell flaws and then uses what’s called a PetitPotam NTLM relay attack to seize control of a victim’s domain, researchers explained. In this type of attack, a threat actor uses Microsoft’s Encrypting File System Remote Protocol (MS-EFSRPC) to connect to a server, hijack the authentication session, and manipulate the results such that the server then believes the attacker has a legitimate right to access it, Sophos researchers described in an earlier report.

LockFile also shares some attributes of previous ransomware as well as other tactics—such as forgoing the need to connect to a command-and-control center to communicate–to hide its nefarious activities, researchers found.

“Like WastedLocker and Maze ransomware, LockFile ransomware uses memory mapped input/output (I/O) to encrypt a file,” Loman wrote in the report. “This technique allows the ransomware to transparently encrypt cached documents in memory and causes the operating system to write the encrypted documents, with minimal disk I/O that detection technologies would spot.”

The first section, named OPEN, contains no data – only zeroes, researchers said. It’s the second section, CLSE, that includes the sample’s three functions. However, rest of the data in the section is encoded code that is decoded later and placed in the “OPEN” section, which researchers examined in depth, they said.

Researchers used WinDbg and .writemem to write the OPEN section to disk to analyze the code statically in Ghidra, an open-source reverse-engineering tool. There they found the ransomware’s main function, the first part of which initializes a crypto library that LockFile likely uses for its encryption functions, they said.

The ransomware then uses the Windows Management Interface (WMI) command-line tool WMIC.EXE–which is part of every Windows installation—to terminate all processes with vmwp in their name, repeating the process for other critical business processes associated with virtualization software and databases, researchers wrote.

“By leveraging WMI, the ransomware itself is not directly associated with the abrupt termination of these typical business critical processes,” they explained. “Terminating these processes will ensure that any locks on associated files/databases are released, so that these objects are ready for malicious encryption.”

“In its ransom note, the LockFile adversary asks victims to contact a specific e-mail address: contact[@]contipauper.com,” they said, adding that the domain name—which seems to have been created on Aug. 16–appears to be a “derogatory reference” to the Conti Gang, a still-active and competing ransomware group.

The feature that most defines and differentiates LockFile from its competitors is not that it implements partial encryption per se — as LockBit 2.0, DarkSide and BlackMatter ransomware all do this, according to researchers. What sets LockFile apart is the unique way it employs this type of encryption, which has not been observed by a ransomware before, Loman said.

“What sets LockFile apart is that it doesn’t encrypt the first few blocks,” he wrote. “Instead, LockFile encrypts every other 16 bytes of a document. This means that a text document, for instance, remains partially readable.”

The “intriguing advantage” to this approach is that it can elude some ransomware protection technologies that use what’s called “chi-squared (chi^2)” analysis, skewing the statistical way this analysis is done and thus confusing it.

Once it has encrypted all the documents on the machine, LockFile disappears without a trace, deleting itself with a PING command, researchers said. “This means that after the ransomware attack, there is no ransomware binary for incident responders or antivirus software to find or clean up,” they wrote.