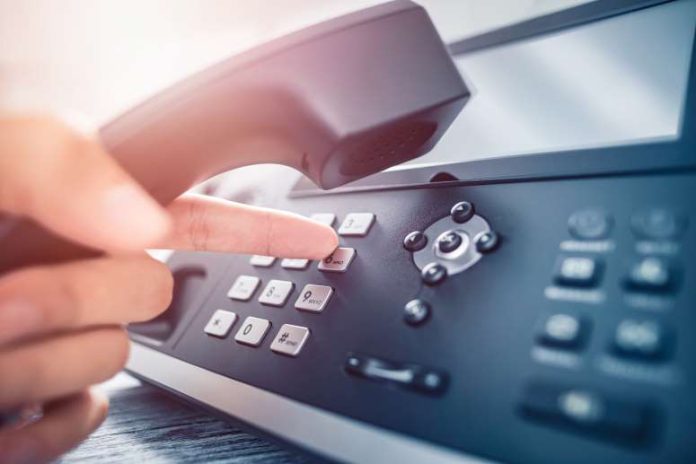 Ransomware groups are abusing unpatched versions of a Linux-based Mitel VoIP (Voice over Internet Protocol) application and using it as a springboard plant malware on targeted systems. The critical remote code execution (RCE) flaw, tracked as CVE-2022-29499, was first report by Crowdstrike in April as a zero-day vulnerability and is now patched.

Mitel is popularly known for providing business phone systems and unified communication as a service (UCaaS) to all forms of organizations. The Mitel focuses on VoIP technology allowing users to make phone calls using an internet connection instead of regular telephone lines.

According to Crowdstrike, the vulnerability affects the Mitel MiVoice appliances SA 100, SA 400 and Virtual SA. The MiVoice provides a simple interface to bring all communications and tools together.

Researcher at Crowdstrike recently investigated a suspected ransomware attack. The team of researchers handled the intrusion quickly, but believe the involvement of the vulnerability (CVE-2022-29499) in the ransomware strike.

The Crowdstrike identifies the origin of malicious activity linked to an IP address associated with a Linux-based Mitel VoIP appliance. Further analysis led to the discovery of a novel remote code exploit.

“The device was taken offline and imaged for further analysis, leading to the discovery of a novel remote code execution exploit used by the threat actor to gain initial access to the environment,” Patrick Bennet wrote in a blog post.

The exploit involves two GET requests. The first one targets a “get_url” parameter of a PHP file and the second one originates from the device itself.

“This first request was necessary because the actual vulnerable URL was restricted from receiving requests from external IP addresses,” the researcher explained.

The second request executes the command injection by performing an HTTP GET request to the attacker-controlled infrastructure and runs the stored command on the attacker’s server.

According to the researchers, the adversary uses the flaw to create an SSL-enabled reverse shell via the “mkfifo” command and “openssl_client” to send outbound requests from the compromised network. The “mkfifo” command is used to create a special file specified by the file parameter and can be opened by multiple processes for reading or writing purposes.

Once the reverse shell was established, the attacker created a web shell named “pdf_import.php”. The original content of the web shell was not recovered but the researchers identifies a log file that includes a POST request to the same IP address that the exploit originated from. The adversary also downloaded a tunneling tool called “Chisel” onto VoIP appliances to pivot further into the network without getting detected.

The Crowdstrike also identifies anti-forensic techniques performed by the threat actors to conceal the activity.

Mitel released a security advisory on April 19, 2022, for MiVoice Connect versions 19.2 SP3 and earlier. While no official patch has been released yet.

The security researcher Kevin Beaumont shared a string “http.html_hash:-1971546278” to search for vulnerable Mitel devices on the Shodan search engine in a Twitter thread.

According to Kevin, there are approximately 21,000 publicly accessible Mitel appliances worldwide, the majority of which are located in the United States, succeeded by the United Kingdom.