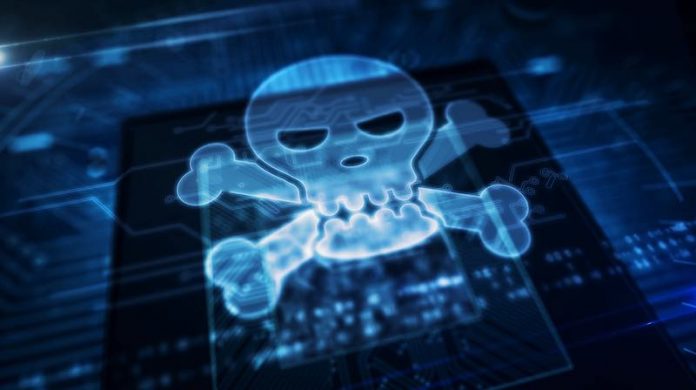 Income level, education and being part of a disadvantaged population all contribute to cybercrime outcomes, a survey suggests.

Lower-income and vulnerable populations are disproportionally affected by cybercrime, according to a new survey, which uncovered that demographics play a big role in how often individuals are targeted.

The survey results released Monday (from Malwarebytes, Digitunity and Cybercrime Support Network) suggest that minority groups and those with lower incomes and lower education levels are more likely to fall victim to a cyberattack, and some groups are far more likely to encounter online threats.

For instance, more women receive text messages from unknown numbers that include potentially malicious links than men (79 percent compared with 73 percent). And almost half (46 percent) of women said they have had their social-media accounts hacked, compared with 37 percent of men.

Age is a factor, too: People aged 65 years or older account for 36 percent of credit-card information theft occurrences – far more than any other age group.

There’s an interesting emotional dimension to the findings as well – one-fifth of women (21 percent) and 23 percent of BIPOC respondents said they experienced “substantial” stress in dealing with online suspicious activity, compared with 17 percent of all respondents.

The statistic is related to general feelings of safety (or lack thereof) in the cyberspace realm, according to the report. While half of all respondents said they don’t feel private online, and 31 percent don’t feel safe online, the numbers are skewed for women: Women feel the least private online (53 percent compared with 47 percent of men); they also feel the least safe (35 percent compared with 27 percent of men).

Socioeconomic class matters as well. Individuals with a higher income (51 percent) feel safer online than individuals with a lower income (40 percent). The same pattern holds true for education level: Users who have the highest level of education feel more secure (48 percent) than those who completed only university or college (44 percent) or online high school or secondary school (40 percent), the survey found.

“The unfortunate finding from this data points to one possible answer: The more money you make, the more comfortable you are online, even if you lose more of that money to an attack,” according to the report. “Money, it appears, plays an enormous role in feeling safe and private online.” 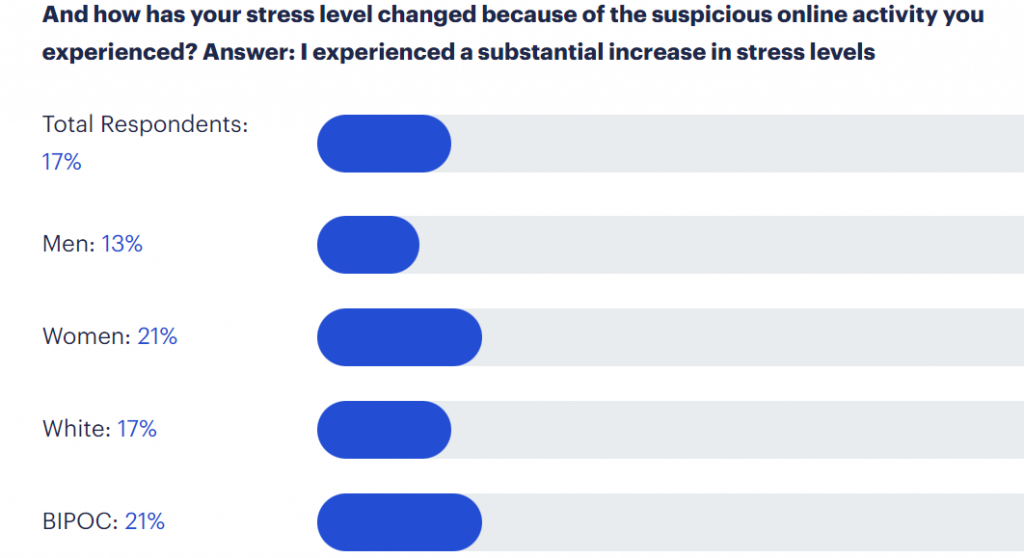 “Understanding the impact that cybercrime has on vulnerable people (or populations), particularly women and minorities, across the world is critical as online access becomes essential to modern life,” Marcin Kleczynski, CEO of Malwarebytes, said in a press statement. “The disparity between populations feeling safe online and the emotional impact of threats on already vulnerable communities is unacceptable…As an industry, we need to work together to make safe internet access available to everyone, regardless of income or their ability to pay.”

It should be said that none of the respondents were successful in completely avoiding suspicious online activity, no matter their gender, race, age, income or education level.

“As technology and internet accessibility become more entwined in our day-to-day routines, our financial and emotional lives are more significantly impacted by cybercrime,” Robert Burda, interim CEO at Cybercrime Support Network, said in a press statement. “With a greater understanding of how the digital world impacts disadvantaged communities, we can provide better programs and resources that meet people where they are.”

The firms polled 5,000 people in Germany, the United Kingdom and the United States.