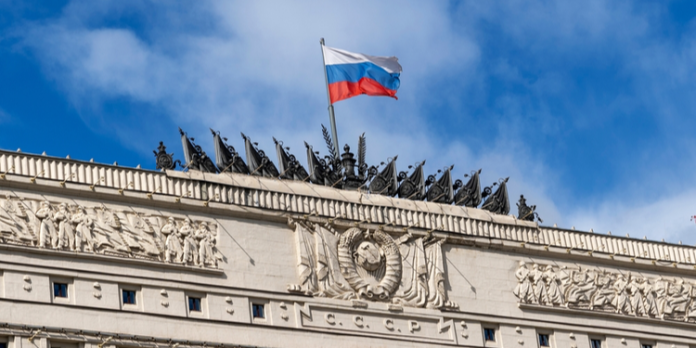 Thursday evening, the Anonymous collective declared a cyberwar against Russia as Putin’s forces closed in on the Ukrainian capital. And it looks like they were serious.

On Friday evening, Anonymous claimed they managed to breach the database belonging to the Russian Ministry of Defence.

Anonymous posted the database online and made it accessible to anyone. “Hackers all around the world: target Russia in the name of #Anonymous let them know we do not forgive, we do not forget. Anonymous owns fascists, always,” the group tweeted.

It seems that the database contains officials’ phone numbers, emails, and passwords. Twitter users seem excited about the news and continue discussing how they could use them to harm Putin’s regime.

“Sign them up for GOP and Trump fundraising emails. That will be enough to drive them all crazy,” one user suggested.

Many encouraged each other to send spam and malware to Russians. The original tweet announcing the leak and containing the link to the database was taken down because it “violated the Twitter Rules”. Anonymous updated their tweet by removing the link.

According to Reuters, a Russia-based cybercrime group Conti, known for using ransomware to extort millions of dollars from US and European companies, vowed on Friday to attack enemies of the Kremlin if they respond to Russia’s invasion of Ukraine.

In a blog post, the Conti group said it was announcing its “full support” for the government of President Vladimir Putin.

“If anybody will decide to organize a cyberattack or any war activities against Russia, we are going to use our all possible resources to strike back at the critical infrastructures of an enemy,” the Conti blog post read.

Fraudsters Use HTML Legos to Evade Detection in Phishing Attack