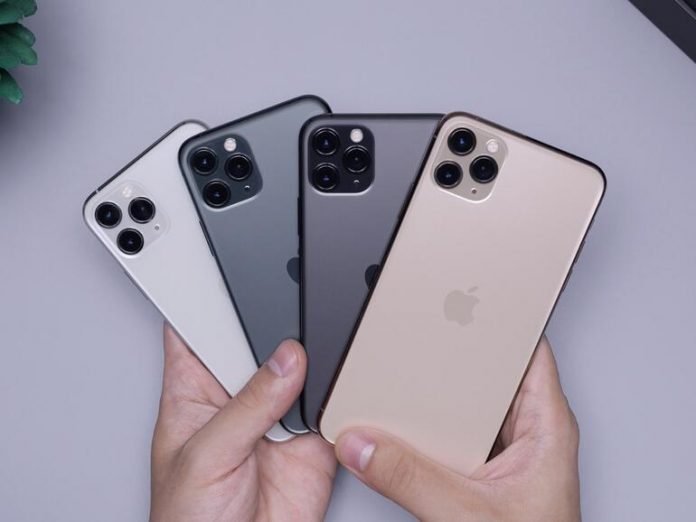 My iPhone offers pretty good connectivity, but tends to be hamstrung by the limits imposed by my cellular carrier. Even though I have an unlimited data plan, using my phone as a hotspot is limited to a very short amount of time before I start to rack up extra fees. When traveling, and working for a few hours every night in a hotel lobby or coffee shop, my so-called unlimited hotspot service just won’t cut it.

That means I’ve had to rely on local Wi-Fi for both my iPhone and iPad. Let me put it bluntly: using a local hotel, airport, school, or coffee shop Wi-Fi is terrifying. There’s no telling what’s monitoring traffic, and even if the hotel has encrypted Wi-Fi, you never know what’s running on that network. That’s why running a VPN is essential, and I’ve long recommended having a VPN service that works with both your iPhone and iPad — I tend to use both extensively while on the road.

In this article, we’re looking at four VPN services we’ve come to know over the years, who offer solid iPhone and iPad clients and good performance. Let’s take a look at each.


Also: How does NordVPN work? Plus how to set it up and use it

NordVPN is one of the more popular VPN offerings on the iPhone App Store. Installation on the iPhone is simple and painless, and performance is predictable across regions.

ExpressVPN is one of the most popular VPN providers out there, offering a wide range of platforms and protocols. In addition to iOS, platforms include Windows, Mac, Linux, routers, Android, Chromebook, Kindle Fire, and even the Nook device. There are also browser extensions for Chrome and Firefox. Plus, ExpressVPN works with PlayStation, Apple TV, Xbox, Amazon Fire TV, and the Nintendo Switch. There’s even a manual setup option for Chromecast, Roku, and Nvidia Switch.


IPVanish is a deep and highly configurable product that presents itself as a click-and-go solution. I think the company is selling itself short doing this. A quick visit to its website shows a relatively generic VPN service, but that’s not the whole truth.

IPVanish provides even more iOS support than ExpressVPN, supporting devices back to iOS 11. That provides support for iPhones back to the iPhone 5s, the iPad mini 2, and the original iPad Air.


At two bucks a month for a two-year plan (billed in one chunk), Surfshark offers a good price for a solid offering. In CNET’s testing, no leaks were found (and given that much bigger names leaked connection information, that’s a big win). The company seems to have a very strong security focus, offering AES-256-GCM, RSA-2048, and Perfect Forward Secrecy encryption. Surfshark also offers iOS support for phones going back as far as the iPhone 5s.

Isn’t iCloud+ Private Relay a VPN? Why do I need another VPN?

So let’s be clear. iCloud+ Private Relay is a feature of iCloud+, coming sometime in late 2021. If you buy any iCloud storage, you’ll get the iCloud+ features. But while Private Relay can hide your email address and location, it only does it when you’re using Safari. If you’re using Chrome (or any applications that use the Internet directly), you’re out of luck. It also shows up as proxy server so if you don’t want anyone to know you’re using a VPN, you’re out of luck. You also can’t change or hide your location, as you can with a full VPN. Private Relay is a feature of iCloud+. A VPN is a full security solution.

Do I need a VPN if I just use my carrier’s data?

Maybe. That depends on how much you trust your carrier — and wireless signals have been intercepted. You’re better off encrypting your data when it’s in motion, whether you use Wi-Fi or a carrier connection.

Doesn’t iOS include VPN services in the OS?