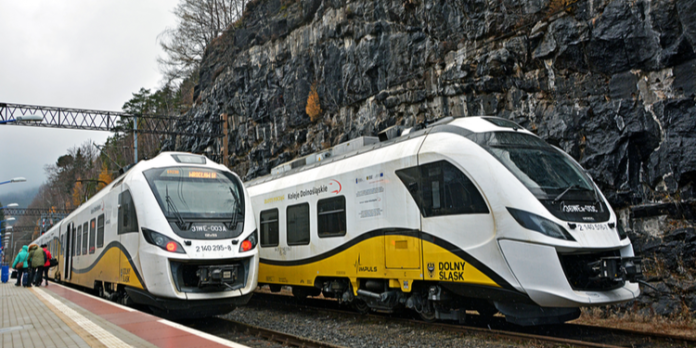 The disruption caused delays, and some trips were canceled altogether, wpr24.pl reported.

According to Andrzej Adamczyk, Poland’s Minister of Infrastructure, a glitch in the traffic control system made by France’s Alstom caused the disruption.

“PKP PLK (train operator) is working tirelessly to minimize the effects of the outage, which affected around 80% of rail traffic in Poland,” Adamczyk said in a tweet.

“Alstom is aware of a time formatting error which currently affects the availability of the rail network, and therefore rail transport in Poland,” Cyza said.

PKP PLK later stated that the problem was close to solving, and train services were being restored in 10 locations all over Poland. ‘Device malfunction’ was confirmed to be a key reason behind the disruption in train services.

“Intensive work is underway to restore the full operational efficiency of the infrastructure. Passengers are completely safe,” Adamczyk said.

The traffic control failure affected the entire country, covering over 800 kilometers of tracks, sparking fears the disruption was a part of a Russian cyberattack.

Poland is the main destination for refugees fleeing war in Ukraine, with close to two million people entering Poland in three weeks since Russia invaded Ukraine.

Many refugees use trains to reach Warsaw, Krakow, and other cities, accommodating refugees. Close to three million people left Ukraine since Moscow’s invasion began on February 24.

Russia’s cyber weapons might be as weak as its artillery, says expert

7 Steps to Take Right Now to Prepare for Cyberattacks by...

Does Best Buy tackle crime differently from Apple? I had to...