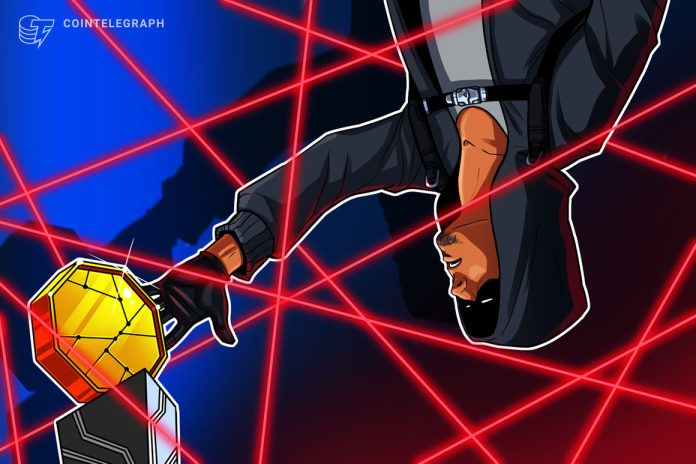 Wintermute, a cryptocurrency market maker based in the United Kingdom, became the latest victim of decentralized finance (DeFi) hacks, losing approximately $160 million, according to Evgeny Gaevoy, the company’s founder and CEO.

The company’s over-the-counter and centralized finance operations were not affected, as the hacker(s) drained funds from its DeFi operations. Gaevoy stated that the market maker is solvent with twice the stolen amount in equity left, stressing that users’ funds are safe.

Wintermute is an algorithmic market maker working with digital assets such as cryptocurrencies. The group is a registered company in the United Kingdom, located in Cheshire, and regulated by the Financial Conduct Authority. According to Companies House, Evgeny Gaevoy is Director with “more than 25%, but not more than 50%” shares.

According to Ajay Dhingra, head of research and analytics at smart exchange Unizen, “The nature of the exploit suggests that Wintermute’s hot wallet was compromised.” Dhingra told Cointelegraph that “The attacker cleverly manipulated the bug in the smart contract.”

“This incident again brings focus on tightening the screws around smart contract security, which is an uncharted territory as of now.”

In the short tweet thread, Gaevoy, a Dutch national suggested that the hack could be treated as a white-hat hack. The perpetrator may contact Wintermute to share the vulnerabilities they discovered to avoid repeat hacks in the future.

White hat hacks are common in crypto. Exchanges, market markers and sometimes companies reward hackers bounties in the form of cash or job positions. As the Ether (ETH) address for the Wintermute Exploiter is public, the address has been spammed by crypto enthusiasts, stating messages like “plz give. I’m very poor. Even $5k would be amazing.”

Cointelegraph has reached out to Wintermute for a response and will update when possible.

DeFi was the most attacked ecosystem in 2022: Finance Redefined