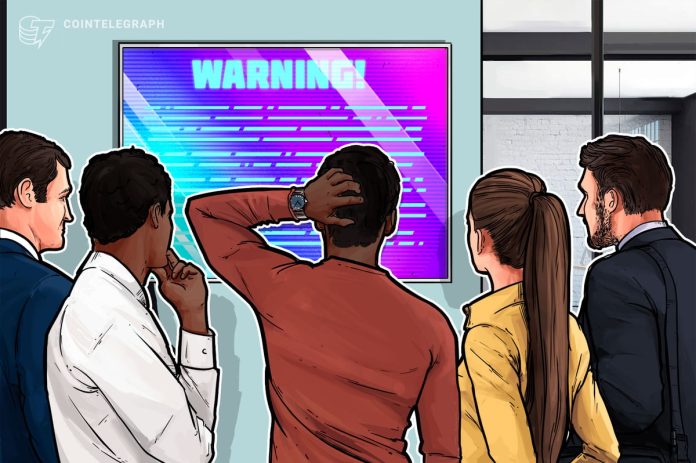 In a Jan. 6 tweet, DeFi protocol Balancer warned certain liquidity providers to remove their LPs “ASAP” due to an ongoing issue related to some of the service’s pools. Some pools have had their fees set to zero by the balancer emergency multisig, but the team indicated that not all effects of the still unknown issue could be mitigated in this way.

Balancer listed the pools that need to be withdrawn to include DOLA / bb-a-USD on Ethereum, It’s MAI life and Smells Like Spartan Spirit on Optimism, and Tenacious Dollar on Fantom.

IMPORTANT: Because of a related issue, LPs of the following pools should remove their liquidity ASAP as the issue cannot be mitigated by the emergency DAO. https://t.co/WcBeBvjdY2

At 2:03 a.m. UTC on January 6, Balancer took to Twitter to announce an “issue” with liquidity pools on the platform. It stated that protocol fees have been set to zero to mitigate the issue, and that more details “will be publicly disclosed in the near future.”

Protocol fees of some Balancer pools have been set to 0 to avoid an issue that is now mitigated and will be publicly disclosed in the near future.

This has been done by the emergency multisig, a 4/7 comprised of BLabs engineers and Balancer Maxis: https://t.co/AZo7yBQD17

Balancer has stated if a pool’s transaction fees have been set to zero by the emergency multisig, no further action is needed on the part of LPs. The pools will continue to accumulate fees, but Balancer itself will not take its cut.

Balancer is the sixth largest decentralised exchange (DEX) by trading volume, handling over $52 million in crypto trades each day, according to analytics platform DefiLlama.

Initial responses from the community have noted the vagueness of Balancer’s messages, leading some to assume to the worst:

Back in December, the Raydium DEX was targeted by a fee exploit where the attacker used an admin key to change pool parameters, tricking the pool smart contract into behaving as if the entire pool consisted of accumulated admin fees.