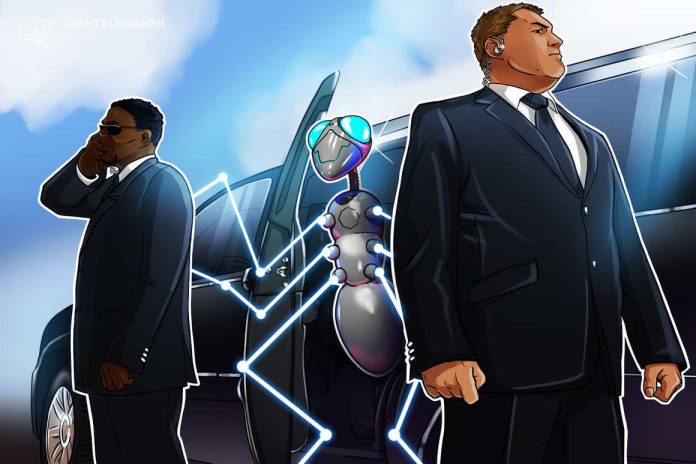 Global blockchain security firm CertiK has concluded an $80 million investment round backed by some of crypto’s biggest venture funds, putting the company on track to reach the lofty $1 billion valuation mark in the foreseeable future.

The Series B2 investment round was led by Sequoia, a California-based venture fund, with additional participation from Tiger Global, Coatue Management and GL Ventures, CertiK announced Wednesday.

In the startup world, Series B or B2 financing refers to the second round of funding for a business through either private equity or venture capital. CertiK has now raised over $140 million over the past four months, bringing its valuation closer to $1 billion, the company said.

Blockchain security firm CertiK has raised substantial funds at a time when DeFi is being exploited through sophisticated attacks. https://t.co/p4ZLjnJYMj

The cash infusion will be used by CertiK to further expand its product suite, especially in the software-as-a-service, or SaaS, market, according to company co-founder professor Ronghui Gui. The company is currently developing new SaaS products centered around security auditing, formal verification and the protection of client blockchain and smart contracts.

CertiK has seen its revenue grow by 20 times over the past year as more blockchain companies look to safeguard their infrastructure against active threats. Professor Gui told Cointelegraph that the growing demand for security services is a byproduct of wider crypto adoption and continued innovation in the industry. “Rapid development to market for these [crypto] projects opens up susceptibility to exploits, and attacks,” he said, adding that “securing these projects against such exploits is — more than ever — an important element of the project development process.”

A key element of securing these emerging networks is blockchain and smart contract auditing, which Professor Gui described as a “rigorous process that involves [a] review of the code implementation” before a project is launched. He continued:

“In the blockchain world, code is law and enforces the logic of transactions. Code implementation, however, is not trustworthy and may contain bugs that lead to vulnerabilities. As an example of a vulnerability […] Take a look at the DAO exploit which is related to a recursive pattern vulnerability and resulted in a $150 million hack.”

The growth of decentralized finance, or DeFi, appears to have elevated the risk blockchain companies and users face in this rapidly evolving market. DeFi has become infamous for its multi-million-dollar exploits, token distribution bugs and unforeseen errors. Cointelegraph documented a total of 169 blockchain hacking incidents in the year through November, which resulted in nearly $7 billion in lost funds. DeFi exploits were all too common.

Related: How to enhance DeFi security

Security vulnerabilities remain a critical point of failure for DeFi projects as more users experiment with these novel protocols. The DeFi market is currently worth more than $275 billion based on total value locked, having grown exponentially since mid-2020.