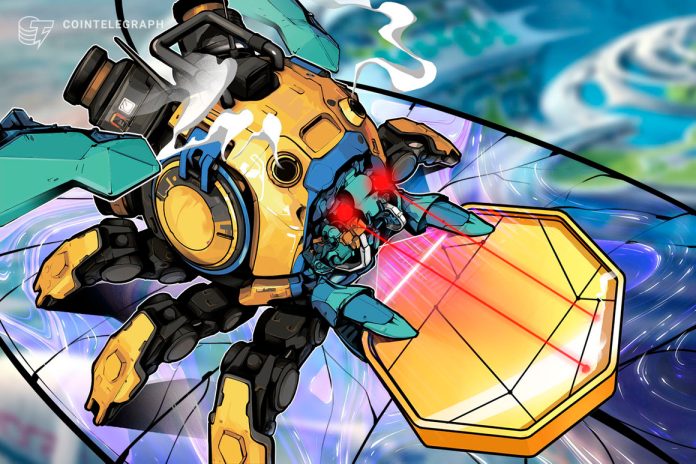 Web3 bug bounty and security services platform Immunefi has closed a $24 million Series A funding round, putting the company on track to scale its in-house capacity amid widespread vulnerabilities in the blockchain industry.

The funding round was led by the San Francisco-based venture firm Framework Ventures, with additional participation from Electric Capital, Polygon Ventures, Samsung Next, P2P Capital and others. Immunefi said the capital would be used to hire staff as it scales to meet the growing demand for blockchain security and bug bounty services.

Immunefi claims to have paid out $60 million in total bounties since its inception less than two years ago. The platform now supports over 300 projects across the crypto ecosystem, including Chainlink (LINK), MakerDAO and Compound (COMP). To incentivize white hat hackers, Immunefi offers bounties and rewards for uncovering the security vulnerabilities of leading blockchain protocols.

The rise of crypto hacks over 2022 has skyrocketed demand for blockchain security experts, with some auditors making upwards of $430,000 per year. https://t.co/rafgW5TNBP

As reported by Cointelegraph, Immunefi raised $5.5 million in funding last October to further boost its security capabilities. At the time, the company had paid out $7.5 million in bounties.

Related: The impact of the Wintermute hack could have been worse than 3AC, Voyager and Celsius — Here is why

The decentralized finance, or DeFi, sector has been especially prone to security vulnerabilities. In 2021 alone, scams and exploits targeting DeFi protocols cost the industry over $10.2 billion, according to research undertaken by Immunefi. DeFi remains a prime attack vector for scammers in 2022, as evidenced by the recent $160 million exploit of crypto market maker Wintermute.

One of the biggest DeFi exploits occurred in April of this year when Axie Infinity’s Ronin bridge was hacked for over $600 million. Axie relaunched its Ronin bridge three months later.