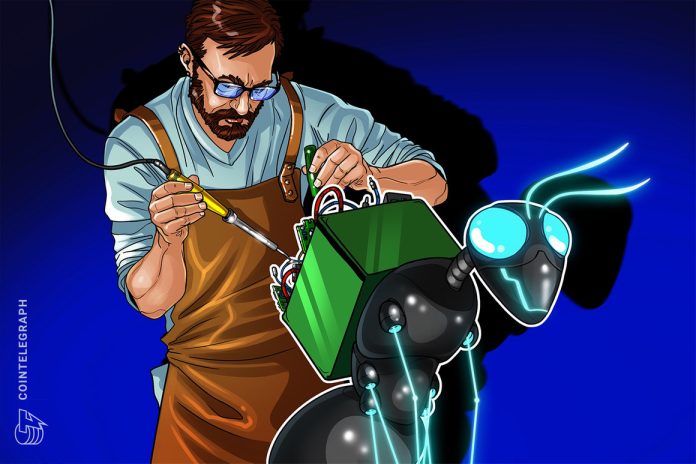 This past week, cross-bridge protocols became the center of DeFi discussions as a new report showed RenBridge was used to launder $540 million in stolen funds. Curve Finance, on the other hand, resolved its site exploit and directed users to revoke any recent contracts.

The majority of the top-100 DeFi tokens saw a new surge in bullish momentum along with the rest of the market, with several of the tokens registering a double-digit gain on the weekly charts.

On Aug. 9, automated market maker Curve Finance took to Twitter to warn users of an exploit on its site. The team behind the protocol noted that the issue, which appeared to be an attack from a malicious actor, was affecting the service’s nameserver and frontend.

Curve stated via Twitter that its exchange — which is a separate product — appeared to be unaffected by the attack, as it uses a different domain name system (DNS) provider.

Cross-chain bridges have been the target of more than a few hacks this year, but new data from blockchain analytics provider Elliptic alleges one has been used to launder over half a billion dollars in ill-gotten crypto assets.

According to a new report, crypto bridge RenBridge facilitated the laundering of at least $540 million in proceeds of crime since 2020 through a process known as chain hopping — converting one form of cryptocurrency into another and moving it across multiple blockchains.

Interlay, a London-based blockchain firm, launched a BTC-based cross-chain bridge on Polkadot. Named interBTC (iBTC), the bridge allows the use of Bitcoin on non-native blockchains for DeFi, cross-chain transfers and nonfungible tokens (NFTs), among others.

interBTC operates as a BTC-backed stablecoin, secured by a decentralized network of overcollateralized vaults, which according to Interlay, resembles MakerDAO’s Dai (DAI) token, a stablecoin on the Ethereum blockchain.

According to a new community Discord post on Aug. 11, the DeFi platform Oasis.app says that sanctioned addresses will no longer be able to access the application.

As a result of the change to the terms of service, wallets flagged as high risk are prohibited from using Oasis.app to manage positions or withdraw funds. Instead, such a category of users must interact directly with the relevant underlying protocol where funds are stored or find another service.

Analytical data reveals that DeFi’s total value locked registered a rise of 5 billion dollars from the past week, posting a value of $68.94 billion. Data from Cointelegraph Markets Pro and TradingView shows that DeFi’s top 100 tokens by market capitalization had a bullish week, with several tokens registering double-digit gains.

Ankr (ANKR) was the biggest gainer among the top 100, registering a 48% surge over the past week, followed by Avalanche (AVAX) with a 20% surge. Oasis Network (ROSE) saw an 18% price rise, and Chainlink (LINK) registered a 16% rise on the weekly chart.

Thanks for reading our summary of this week’s most impactful DeFi developments. Join us next Friday for more stories, insights, and education in this dynamically advancing space.