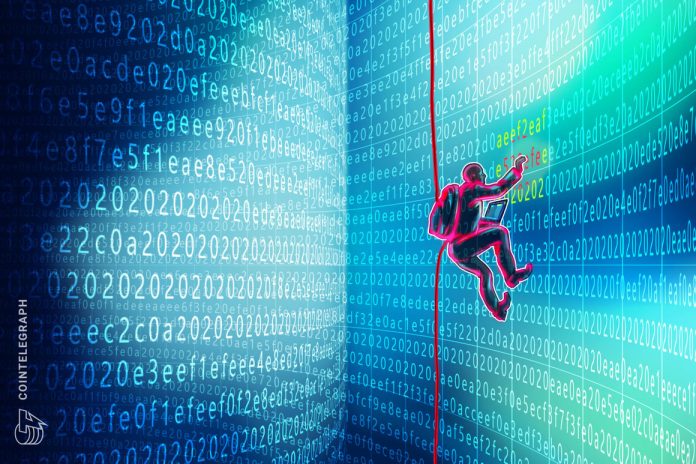 A fresh new crypto conspiracy theory is afoot — this time in relation to last week’s $160 million hack on algorithmic market maker Wintermute — which one crypto sleuth alleges was an “inside job.”

Cointelegraph reported on Sept. 20 that a hacker had exploited a bug in a Wintermute smart contract, which enabled them to swipe over 70 different tokens including $61.4 million in USD Coin (USDC), $29.5 million in Tether (USDT) and 671 Wrapped Bitcoin (wBTC), worth roughly $13 million at the time.

In an analysis of the hack posted via Medium on Monday, the author known as Librehash argued that due to the way in which Wintermute’s smart contracts were interacted with and ultimately exploited, it suggests that the hack was conducted by an internal party, claiming:

“The relevant transactions initiated by the EOA [externally owned address] make it clear that the hacker was likely an internal member of the Wintermute team.”

The author of the analysis piece, also known as James Edwards, is not a known cybersecurity researcher or analyst. The analysis marks his first post on Medium but so far hasn’t garnered any response from Wintermute or other cybersecurity analysts.

In the post, Edwards suggests that the current theory is that the EOA “that made the call on the ‘compromised’ Wintermute smart contract was itself compromised via the team’s use of a faulty online vanity address generator tool.”

“The idea is that by recovering the private key for that EOA, the attacker was able to make calls on the Wintermute smart contract, which supposedly had admin access,” he said.

Edwards went on to assert that there’s no “uploaded, verified code for the Wintermute smart contract in question,” making it difficult for the public to confirm the current external hacker theory, while also raising transparency concerns.

“This, in itself, is an issue in terms of transparency on behalf of the project. One would expect any smart contract responsible for the management of user/customer funds that’s been deployed onto a blockchain to be publicly verified to allow the general public an opportunity to examine and audit the unflattened Solidity code,” he wrote.

Edwards then went into a deeper analysis via manually decompiling the smart contract code himself, and alleged that the code doesn’t match with what has been attributed to causing the hack.

“Why would the team send $13 million dollars worth of funds to a smart contract they *knew* was compromised? From TWO different exchanges?,” he questioned via Twitter.

His theory has, however, yet to be corroborated by other blockchain security experts, although following the hack last week, there were some rumors in the community that an inside job could’ve been a possibility.

The fact that @wintermute_t used the profanity wallet generator and kept millions in that hot wallet is negligence or an inside job. To make things worse the vulnerability in profanity tool was disclosed a couple of days ago.

Providing an update on the hack via Twitter on Sept. 21, Wintermute noted that while it was “very unfortunate and painful,” the rest of its business has not been impacted and that it will continue to service its partners.

“The hack was isolated to our DeFi smart contract and did not affect any of Wintermute’s internal systems. No third party or Wintermute data was compromised.”

The hack was isolated to our DeFi smart contract and did not affect any Wintermute’s internal systems. No third party or Wintermute data was compromised.

Cointelegraph has reached out to Wintermute for comment on the matter but has not received an immediate response at the time of publication.