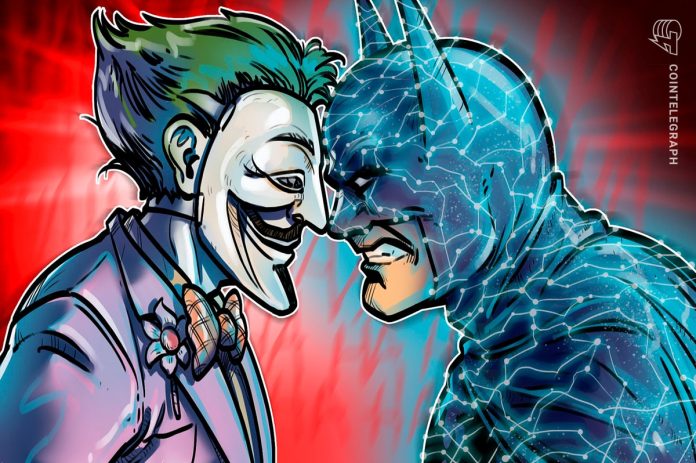 For DeFi, the last week of 2022 saw another slew of exploits, insider job accusations and exit scam drama. It all started on Christmas, when Defrost Finance, a decentralized leveraged trading platform on the Avalanche blockchain, was exploited by a DeFi flash loan attack causing $12 million in losses.

However, the hacker behind the attacks reportedly returned a portion of the funds the next day. Security analytic firm Certik looked into the chain of events and concluded that the $12 million of funds drained were a part of an exit scam.

On Dec. 26, when the Defrost exploit saga was unfolding, Bitkeep, a multichain wallet, was exploited for $8 million by hackers. Later in an analysis report, it emerged that exploiters lured users through phishing websites.

The top 100 DeFi tokens had another bearish week with little to no price momentum. Nearly all tokens were trading in red on the weekly charts.

This week, Defrost Finance announced that both its versions — Defrost v1 and Defrost v2 — are being investigated for a hack. The announcement came after investors reported losing their staked Defrost Finance (MELT) and Avalanche (AVAX) tokens from MetaMask wallets.

After a few users complained about the unusual loss of funds, Defrost Finance’s core team member Doran confirmed that Defrost v2 was hit with a flash loan attack. At the time, the platform believed Defrost v1 was not impacted by the hack and decided to close down v2 for further investigation.

Defrost Finance, the decentralized trading platform that suffered a $12 million exploit in the days leading up to Christmas, has denied allegations that it had “rugged” its users as part of an elaborate “exit scam.”

On Dec. 23, the platform announced it suffered a flash loan attack, leading to the draining of user funds from its v2 protocol. One day later, another incident saw a hacker steal the admin key for a second “much larger” attack on the v1 protocol.

While many still enjoy the holiday season, hackers are hard at work, draining around $8 million in an ongoing BitKeep wallet exploit.

On Dec. 26, some users of the multichain crypto wallet BitKeep reported that their funds were being drained and transferred while not using their wallets. In their official Telegram group, the BitKeep team confirmed that some APK package downloads had been hijacked, with code installed by the hackers.

Custodial investment platform Midas will close operations because of a $63.3 million deficit in its DeFi portfolio. Midas founder and CEO Iakov Levin, also known as Trevor, wrote that the move is partly because the fund’s DeFi portfolio lost $50 million, which is 20% of its $250 million assets under management.

Additionally, Levin highlighted that the collapses of Terra, FTX and Celsius contributed to Midas’ struggles, with users withdrawing 60% of the funds after those debacles.

Analytical data reveals that DeFi’s total market value remained below $40 billion this past week, trading at about $38.2 billion at the time of writing. Data from Cointelegraph Markets Pro and TradingView show that DeFi’s top 100 tokens by market capitalization had a volatile and bearish week, with nearly all of the tokens trading in the red.

Thanks for reading our summary of this week’s most impactful DeFi developments. Join us next Friday for more stories, insights and education in this dynamically advancing space.

A practical reason why crypto might not work for large-scale sanctions...