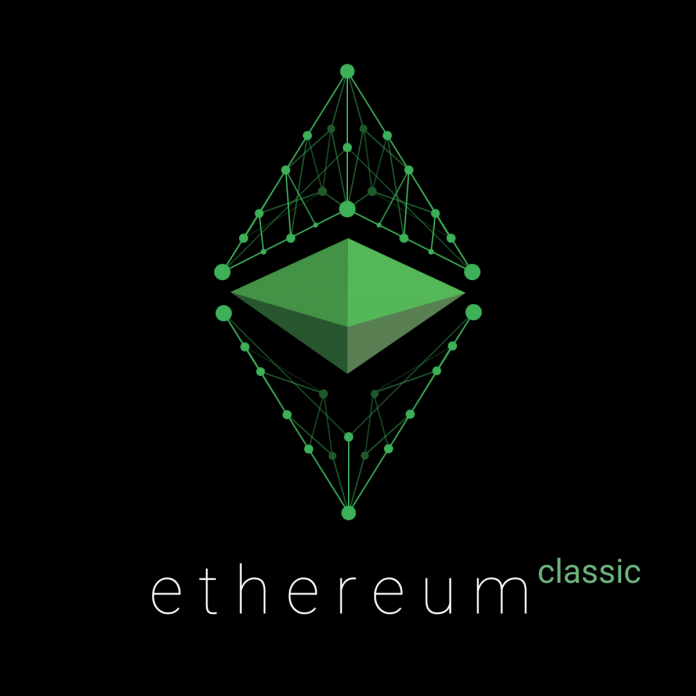 After attacking the Ethereum classic chain on July 31, 2020, the same Attacker attacked the ETC chain again yesterday. The massive reorganization of 4236 blocks happened in Ethereum Classic blockchain at 2020–08–06 02:54:27 UTC.

The attacker probably used the same mining source, Nicehash daggerhashimoto, as observed on the following graph.

The attack is clearly visible on the miner distribution chart on Bitquery.

Our analysis shows, it was the same Attacker, using exactly the scheme as we described in our recent investigation of the attack on July 31st.

This time Attacker included seven transfers in the mined blocks. The total amount of these transactions was 465,444 ETC (approx $3.3 M).

Where the money comes from?

Where the Attacker double-spent this time?

The blocks mined by the attacker included transactions in which the attacker sent his/her money to different wallets controlled by him/her. This activity was not visible to anyone as the attacker did not publish any transactions or the blocks, similar to the last attack.

On the other hand, the chain which was visible to everyone (now reorged and discarded), the attacker first collected the money on the address 0x38cd54fc7b1fe7994355fce1d75c9c4bd7335a46. After that, the attacker distributed money to different addresses.

All these transactions happened during the time of the attack when the attacker silently mined the forked blocks.

Apparently, the final target was some exchanges and other crypto services, and we can find some of them in the following image.

The “fireworks” on the right side of the graph are Exchanges, where Attacker sent the money. The attacker must have converted those ETC into fiat or other cryptocurrencies.

The following address which received money from the attacker belongs to Exchanges and other crypto services.

Our investigation shows that Bitfinex lost 143K ETC (~$1M) and we were not able to identify the other service mention above who lost 95K ETC (~680K). In total, we were able to able to verify that the attacker profited $1.68M (At least) from this attack.

The mentioned crypto service can identify the attacker based on the above transactions.

Note:  Special thanks to Yaz Khoury for reviewing the article.

In the last article, Ethereum Classic 51% Chain Attack Jul 31 2020, we have described the facts related to Ethereum classic attack, which took place between Jul 31 and Aug 1. In this article, we have analyzed the transactions during the attack in both forks of the chain.

Key Takeaway: Attacker double-spent 807,260 ETC ($5.6 million) during this attack and spent 17.5 BTC ($192K) to acquire the hash power for the attack. The attacker also got 13K ETC as a block mining reward, which we are not including in our double-spent calculation.

It appeared that the only way to catch up with the reorged chain is to move to other node software, and we selected Geth. But before doing that, we stored all the data of the non-reorged chain, in a separate database for future analysis.

After the Geth node synced and we re-indexed the data starting from the block 10904146, where reorg started.

As a result, we now have two datasets, that we exposed in Bitquery explorer interface and GraphQL API:

These datasets have precisely the same data until the block 10904146, and the difference starts from the next block. For example, compare the next block, 10904147:

In general, you can use the URLs in the form:

https://explorer.bitquery.io/ethclassic_reorg to query non-reorged chain (Chain with blocks which are discarded)

There are a couple of differences in these blocks in the chain:

Let’s have a look at the attacker’s mining activities.

In total, the attacker mined 4280 blocks for four days. Note that he did only a little mining before and stopped mining after the attack. This is not the behavior of a regular miner.

Based on our investigation, the attacker performed the following action to execute the 51% attack:

Now let’s see a detailed look at the steps and how miner was able to get away with more than ~807K ETC ($5.6 million).

Transactions inserted by the attacker ( in reorged chain )

There are just 11 transactions, that miner inserted during the attack. This fact probably caused the speculations that “The offending miner has lost access to internet access for a while when mining.” Noteworthy, that these transactions were not sent to other miner’s transaction memory pool (mempool). So they are not mined by other miners in the network.

Take a look at these transactions:

Comparing these transactions, you will notice the pattern:

Wallets are ready to execute the 51% attack

To perform a 51% attack, the attacker had to own the money in wallets he/she controls. There are 5 addresses, that had prepared balances before the attack:

When the attack started, nobody knew about it, as the attacker did not publish any blocks. However, the attacker created private transactions that we recorded in our second dataset ( non-reorged chain ).

This graph expands for the addresses that we mentioned before, shows how the attacker withdrew money from the Exchange to his/her own wallet and sent back the money to Exchange again.

For example, the transactions below shows how the attacker sent money back to exchange in small portions:

This was visible in the non-reorged chain, and these transactions were valid for at least 12 hours, while miner created new blocks privately.

The attacker now needs to monetize the double-spent ETC remaining at his/her wallets. And here, we see a typical pattern of splitting amounts for many addresses and multiple hops transfers.

However, with our Coinpath® technology, we traced the double-spent ETCs. The current distribution to the time of writing is:

We do not know the exact owner for the address 0x63a8ab05ae4a3bed92580e05e7dce3b268b54a7f, but we are pretty confident this is a Crypto exchange because of the high volumes in transactions and other behavioral patterns.

What we can guess is this address belongs to the OKEx exchange or its affiliates. The same address in Ethereum Mainnet has a lot of related activity to OKEx wallets.

Note: Special thanks to Victor Fang(Anchain) and Yaz Khoury for helping in preparing the article.