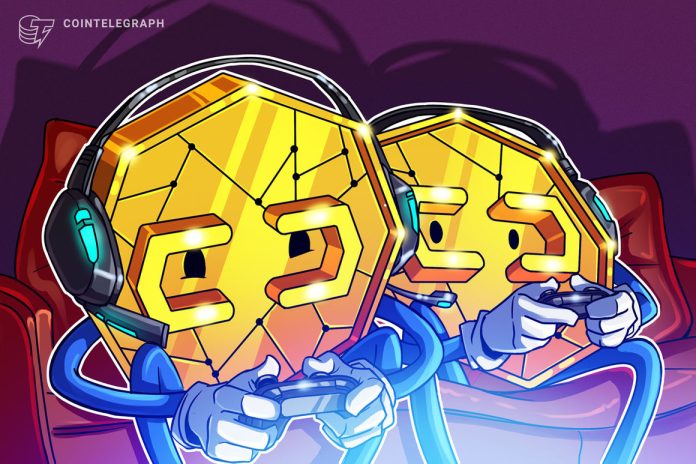 The initial panic, which Gala Games later implied was unfounded, came after a single wallet address appeared to mint over $2 billion GALA tokens out of thin air — which was flagged by blockchain security firm PeckShield on Nov. 3.

However, Gala Games took to Twitter on Nov. 4 to dispel the “FUD” surrounding its native token, explaining that “lots of people are tossing around words like ‘hack’ and ‘rug’. Neither of these is the case.”

Update for everyone – there is a LOT of FUD out there surrounding $GALA…lots of people tossing around words like “hack” and “rug”. Neither of these is the case.

Gala Games president for blockchain Jason Brink explained that the unusual activity detected on decentralized exchange (DEX) PancakeSwap was performed by pNetwork, who was working to drain the liquidity pool as a means to safeguard it from a potential vulnerability.

Before you panic about $GALA, please read this thread from @pNetworkDeFi.

TLDR: Everything is fine. The activity you have been seeing on @PancakeSwap is pNetwork working to drain the liquidity pool. GALA on ETH is completely unaffected.

In a separate tweet, pNetwork, the cross-chain interoperability bridge used by Gala Games on the BNB Smart Chain, confirmed that a “misconfiguration” event took place. It also responded to a tweet from Peckshield to note that it “coordinated the white hat attack” to prevent pGALA from being exploited:

Yes, we noticed pGALA wasn’t to be considered safe anymore and coordinated the white hat attack to prevent pGALA from being maliciously exploited. Funds are safe but users should NOT transfer or buy/sell pGALA on pancakeswap

The explanations appear to have quelled some panic, with the GALA token price since partially recovered from its 24-hour low of $0.0293 to now sit at $0.352.

Gala Games confirmed that all GALA tokens on Ethereum and GALA-related assets on the GALA bridge were safe. The team, along with pNetwork, informed the community of its decision to “temporarily suspend” transaction activity on the bridge.

Brink also advised not to buy pGALA on PancakeSwap “for now.”

“A new pGALA token will be created to replace the old compromised one,” which will be sent to those who owned pGALA before the pool was drained, pNetwork said.

Deus Finance exploit: Hackers get away with $3M worth of DAI...