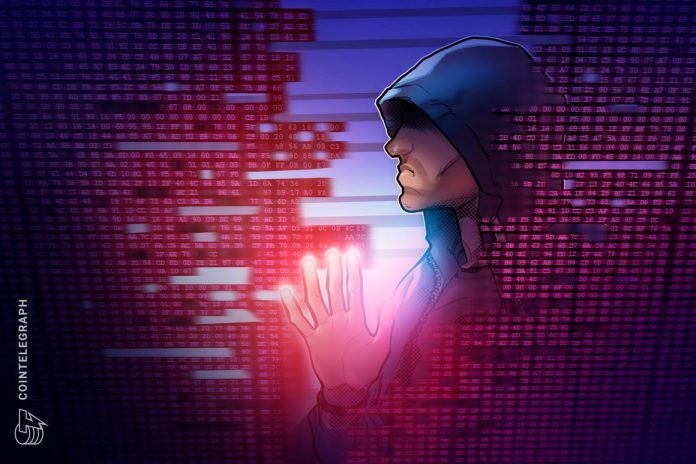 Proposals in crypto help communities make consensus-based decisions. However, for decentralized music platform Auduis, the passing of a malicious governance proposal resulted in the transfer of tokens worth $6.1 million, with the hacker making away with $1 million.

On July 24, a malicious proposal (Proposal #85) requesting the transfer of 18 million Audius’ in-house AUDIO tokens was approved by community voting. First pointed out on Crypto Twitter by @spreekaway, the attacker created the malicious proposal wherein they were “able to call initialize() and set himself as the sole guardian of the governance contract.”

Hello everyone – our team is aware of reports of an unauthorized transfer of AUDIO tokens from the community treasury. We are actively investigating and will report back as soon as we know more.

If you’d like to help our response team, please reach out.

Speaking to Cointelegraph, Audius co-founder and CEO Roneil Rumburg clarified that the community did not pass a malicious proposal:

This was an exploit – not a proposal proposed or passed through any legitimate means – it just happened to use the governance system as the entry point for the attack.

Further investigation from Auduis confirmed the unauthorized transfer of AUDIO tokens from the company’s treasury. Following the revelation, Auduis proactively halted all Audius smart contracts and AUDIO tokens on the Ethereum blockchain to avoid further losses. The company, however, resumed token transfers shortly after, adding that the “Remaining smart contract functionality is being unpaused after thorough examination/mitigation of the vulnerability.”

The issue of @AudiusProject lies in inconsistent storage layout between its proxy and impl. In particular, the collision of Audius Community Treasury contract results in an equivalence of disabling the initializer modifier. The proxyAdmin addr (0x..abac) plays a role here. pic.twitter.com/x4CqRncahp

While the hacker’s governance proposal drained out 18 million tokens worth nearly $6 million from the treasury, it was soon dumped and sold for $1.08 million. While the dumping resulted in maximum slippage, investors recommended an immediate buyback to prevent existing investors from dumping and further lowering the token’s floor price.

Investors are yet to get clarity on the stolen funds as one investor asked, “They hacked the community fund right? The team’s fund is separate correct?”

Rumburg confirmed with Cointelegraph that the root cause of the exploit has been mitigated and cannot be re-exploited. Given that the community treasury is kept separate from the foundation treasury, the remaining funds remain safe from any exploit.

Our security team has been tracking a persistent threat group that targets the NFT community. We believe that they may soon be launching a coordinated attack targeting multiple communities via compromised social media accounts. Please be vigilant and stay safe.

In June, Gordon Goner, pseudonymous co-founder of Yuga Labs, issued the first warning of a possible incoming attack on its Twitter social media accounts. Soon after the warning, Twitter officials actively monitored the accounts and fortified their existing security.

Lawmakers, experts debate whether fears about evasion of cryptocurrency sanctions are...