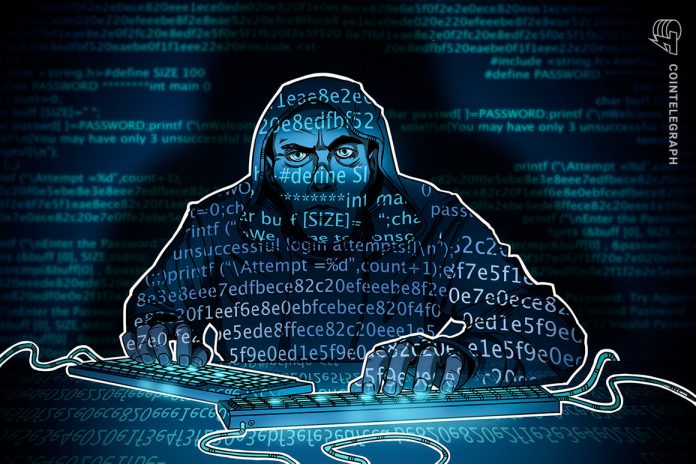 A group of hacktivists called the Belarusian Cyber Partisans have been attempting to sell a nonfungible token (NFT) featuring the purported passport info of Belarus president Alexander Lukashenko.

The Belarusian Cyber Partisans say the move is part of a grassroots fundraising campaign to fight “bloody regimes in Minsk and Moscow.”

The members claim to have hacked into a government database that has the passport info of every Belarusian citizen, allowing them to launch an NFT collection called Belarisuan Passports, which includes a digital passport that supposedly features Lukashenko’s actual information.

1/3For the 1st time in human history a #hacktivist collective obtained passport info of the ALL country’s citizens. Now we’re offering you an opportunity to become a part of this history . Get a unique digital version of #lukashenka passport as #NFT https://t.co/gOlWdoUehi pic.twitter.com/RxdWpBqA8f

Some observers have accused the info on the digital passport of being fake, due to a typo on the front page of the word “Republic” and a misspelling of “Aleksandr.”

The hackers on Twitter said they attempted to sell the NFT collection on Lukashenko’s birthday on Tuesday via the OpenSea marketplace. However, they stated that the sale was promptly shut down, and is now looking at other options:

“The dictator has a birthday today — help us ruin it for him! Get our work of art today. A special offer— a New Belarus passport for Lukashenko where he’s behind the bars.”

An OpenSea spokesperson told Gizmodo that the project broke company rules relating to “doxxing and revealing personal identifying information about another person without their consent.”

The Belarusian Cyber Partisans also revealed that they are looking to sell NFTs featuring the passport info of other government officials that are closely connected with Lukashenko.

“We also offer passports of his closest allies and traitors of the people of #Belarus and #Ukraine. All the funds will go to support our work in hitting bloody regimes in #minsk & #moscow,” the group wrote.

Lukashenko is quite the controversial figure and has been at the helm in Belarus since the nation’s inception in 1994. Despite being elected on the premise of stamping out corruption, he has been described by the likes of the Organize Crime and Corruption Reporting Project as having “rigging elections, torturing critics, and arresting and beating protesters” in the past.

The hacktivists state that they are vehemently opposed to what they feel is a corrupt regime under Lukashenko, who has also irked the group via his support of Russia’s invasion of Ukraine.

In February, The Belarusian Cyber Partisans launched a broader fundraising campaign called the “Resistance Movement of Belarus,” which aims to ultimately usurp power from Lukashenko via its own self-defense forces. The campaign primarily takes donations through crypto assets such as Bitcoin (BTC).

“We, the free citizens of Belarus, refuse to submit to this state and form the self-defence, as a people’ response to the unleashed terror. Our ultimate goal is the elimination of the dictatorial regime,” the group wrote.