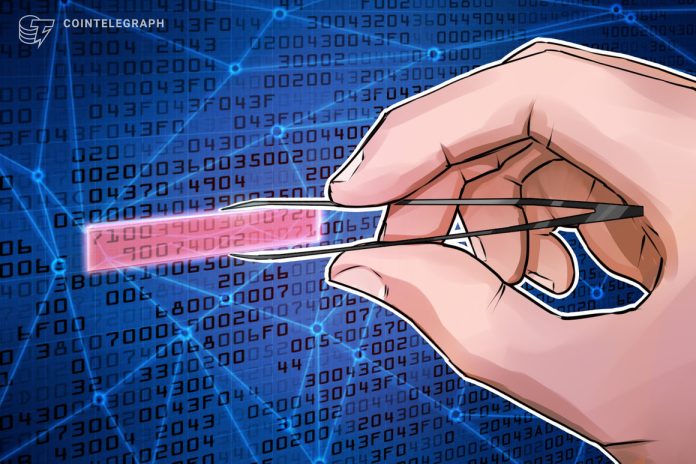 The Nomad token bridge hack on Aug. 3 was the fourth largest crypto hack in history, seein nearly $200 million worth of crypto assets drained from the platform. However, more than the hack, the methodology behind it garnered widespread attention.

The exploit took place due to a smart contract vulnerability that saw hundreds of users other than the hacker getting involved and taking away as much as they could by simply copy-pasting the transaction data used by the initial hacker and changing the wallet address to theirs. The event was later deemed as a decentralized robbery by many due to the involvement of normal community members.

Later, the Nomad team revealed to Cointelegraph that some of the people who took funds were acting benevolently to protect the crypto from getting into the wrong hands.

In the aftermath of the hack, the crypto analysis group BestBrokers found that the first exploit took place on Aug. 1, which drained 400 Bitcoin (BTC) in four different transactions. The hackers later diverted all 22,880 Ether (ETH), then moved on to the over $107 million worth of stablecoins and finally started diverting the altcoins supported by the project.

Some altcoins that were stolen from the platform suffered as much as a 94% decline. Data collected by the analysis firm showed that the following altcoins suffered the biggest collapse after the hack:

The exploited smart contract vulnerability was highlighted in a security audit report done by Quantstamp in the first week of June. The Nomad team responded by claiming it to be “effectively impossible to find the preimage of the empty leaf.”

The auditors believed that the Nomad team had misunderstood the issue at the time, and within two months, the same vulnerability was the reason behind nearly $200 million in losses.

Cointelegraph reached out to Nomad with queries related to the discovery and will update the story accordingly.