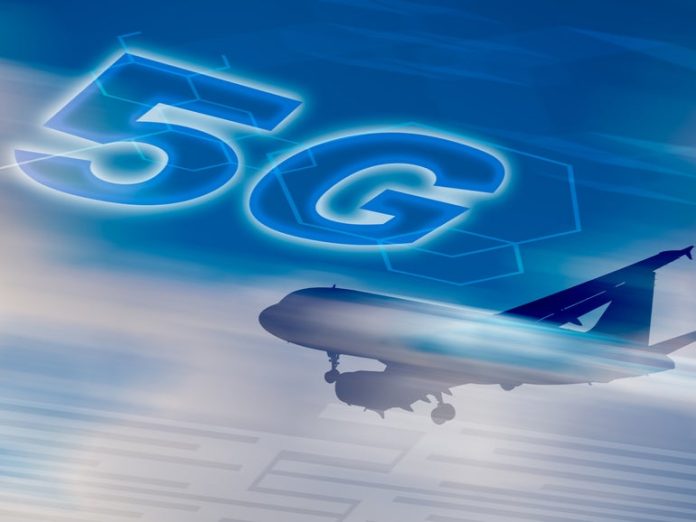 Even if you’re not a frequent flyer, you’ve probably heard that the Federal Aviation Administration (FAA) and numerous airlines are claiming that AT&T and Verizon Wireless’s recently approved C-Band 5G will dangerously interfere with airplanes take offs and landings.

Will this new 5G be dangerous? Can a 5G call knock a plane out of the sky? Here’s what we know:

What kind of 5G is potentially dangerous?

There are three basic kinds of 5G:

What has the FAA and the airlines worried is a new midband variation: C-Band 5G.

The chunk of spectrum known as C-Band lies between 3.7 GHz and 4.2 GHz and it’s capable of speeds in the 200-800Mbps range. In the past, it was used for satellite video providers and satellite phone services. AT&T and Verizon bought up the bulk of this spectrum for a combined $68 billion. You don’t spend that kind of money unless you plan on using it.

Quick Note: There’s no evidence behind the rumors that other kinds of 5G cause health problems.

What’s the problem with C-Band 5G and airplanes?

The FAA has warned airlines that these signals could interfere with some altimeters that pilots use to land in conditions with low visibility.

According to a report from the Radio Technical Commission for Aeronautics (RTCA) — a technical non-profit used by government and industry regulatory authorities — “this frequency band may introduce harmful radio frequency (RF) interference to radar altimeters currently operating in the globally-allocated 4.2–4.4 GHz aeronautical band. Radar altimeters are deployed on tens of thousands of … aircraft …  to support several critical safety-of-life aircraft functions throughout multiple phases of flight.”

The specific concern is that the altimeters’ radios may not filter out signals lapping over from another part of the spectrum, aka spurious emissions. In short, interference from C-Band 5G will keep the altimeters from working properly.

Shrihari Pandit, co-founder and CEO of NYC-based internet provider Stealth Communications, said, “Both smaller and older aircraft don’t have a filter in place that would allow them to only receive signals designated to their systems.”

Pandit continued, “Radar Altimeters are allocated 4.2 to 4.4 GHz, and are based on a radar modulation known as Linear Frequency Modulation… Unfortunately, most altimeters in the field do not use a crystal oscillator to stabilize the signal, thus altimeter signals may drift outside or to the edges of the 4.2 and 4.4 GHz band.”

This, combined with the altimeters’ high receiver sensitivity, means they’re all too susceptible to interference.

Making matters even worse is there are no, I repeat no technical standards for altimeters.

The FAA said in a Special Airworthiness Bulletin that airlines and pilots must “be prepared for the possibility that interference from 5G transmitters and other technology could cause certain safety equipment to malfunction.” Such “5G interference with the aircraft’s radio altimeter could prevent engine and braking systems from transitioning to landing mode, which could prevent an aircraft from stopping on the runway.”

This is a huge deal. The RTCA warns, “Radar altimeters are the only sensor onboard a civil aircraft which provides a direct measurement of the clearance height of the aircraft over the terrain or other obstacles, and failures of these sensors can therefore lead to incidents with catastrophic results resulting in multiple fatalities.”

However, not everyone agrees with this worst-case assessment.

Is 5G in airplanes dangerous?

The Federal Communications Commission (FCC) concluded in 2020 that studies warning of this danger did “not demonstrate that harmful interference would likely result under reasonable scenarios” or even “reasonably ‘foreseeable’ scenarios.”

Tom Wheeler, a visiting Brookings Institution fellow and former FCC head, said in a paper that he doesn’t think there’s a real technical problem (the paper bears the rather alarming title, “Will 5G mean airplanes falling from the sky?“).

The long-term answer to this problem is to “improve the resilience of future radar altimeter designs to RF interference.” In the meantime, Wheeler pointed out, “The FCC created a guard band between the 5G spectrum and the avionics spectrum in which 5G was forbidden. Boeing, in a filing with the FCC, had proposed just such a solution. The Boeing proposal was to prohibit 5G ‘within the 4.1-4.2 GHz portion of the band.’ The FCC agreed and then doubled the size of Boeing’s proposed guard band to a 220 MHz interference buffer between the upper 5G usage at 3.98 GHz, and avionics usage at 4.2 GHz.”

That’s all well and good, but the FAA and major US and international airlines aren’t buying it.

What are airlines doing now?

On Monday, the major airlines warned that operating commercial networks on C-Band 5G could cause a “catastrophic” aviation crisis. Specifically, it could render many widebody aircraft unusable, “could potentially strand tens of thousands of Americans overseas,” and could cause “chaos” for US flights.

Numerous international airlines are no longer flying their full scheduled US flights, including Emirates, Japan Airlines, British Airways, Singapore Airlines, Korean Air, and Air India. Some are canceling flights altogether, while others are switching out planes.

As Emirates President Tim Clark told CNN, the airline was not aware of potential 5G rollout problems until the last minute. He called the C-Band 5G situation “one of the most delinquent, utterly irresponsible” he had ever seen.

How was Europe able to deploy C-Band 5G without any trouble?

US C-Band spectrum and European C-Band spectrum are not the same thing. In the EU, C-Band 5G works in the spectrum 3.4 to 3.8 GHz range. This is further away from the radar altimeters’ spectrum, which lies between 4.2 and 4.4 GHz.

Which planes are safe and which aren’t?

Without going into any more detail, however, the FAA warned yesterday that only about 62% of the US commercial airplanes are safe to perform low-visibility landings at airports where C-band 5G has been deployed.

The FAA claims it is “reviewing testing data for altimeters used in regional jets.”

Which airports are safe?

The FAA reports originally agreed to delay C-Band 5G deployments near 50 airports. Following an outcry from several major US airlines and aircraft manufacturers, resulting in a joint letter being sent to multiple government agencies, both AT&T and Verizon agreed to hold off on launching their C-Band services within two miles of any US airports at all.

This means that all US air travel hubs should be technically safe. However, that hasn’t stopped some disruptions from occurring anyway, as mentioned above.

When will C-Band 5G be deployed near airports?

After many delays, C-Band 5G no longer has a scheduled deployment date anywhere near airports in the US. Both AT&T and Verizon agreed to the aforementioned last-minute delays of their planned 5G C-Band rollouts within two miles of airports.

Although both carriers quickly offered new launch dates during previous delays, the pair now seems to be taking a “wait and see” approach. Given the secondary and tertiary launch dates that both telecom companies have already had to postpone, it’s understandable they wouldn’t want to make yet another commitment that they’ll end up having to plug the plug on at the last minute, if this conflict between regulators can’t be settled.

How did the FAA and FCC get so completely disconnected from each other?

Washington Post columnist David Von Drehle puts the blame squarely on the FAA. “5G — the long-promised next step in cellular technology. … wasn’t a secret. … Yet it seems to have caught the FAA by surprise. … Various compromises and delays [have been] offered by the wireless industry — all met with last-minute panic-mongering by the FAA.

The Department of Commerce’s National Telecommunications and Information Administration (NTIA) is supposed to be the telecommunications advisor to the president. It was NTIA that was tasked with developing the national spectrum plan that never was. Unfortunately, and reportedly as a consequence of a spectrum dispute, the NTIA head was axed and the agency remained without a permanent leader for the last 20 months of the Trump administration.

The consequence of this absence in both framework and leadership meant there was no underlying rationale nor consistent team to adjudicate among the various spectrum claimants. This left government agencies free to advocate their own spectrum policies. In such a situation, it is only natural that the individual agencies would retreat into their comfort zones and view spectrum only within their parochial interests.

Where do we go next with 5G deployment?

According to President Joe Biden in a January 19th press conference, “I’ve … pushed as hard as I can to have 5G folks hold up and abide by what was being requested by the airlines until they could more modernize over the years so that 5G would not interfere with the potential of the landing.  So, any tower — any 5G tower within a certain number of miles from the airport should not be operative.”

In a statement, Biden added, “My team has been engaging non-stop with the wireless carriers, airlines, and aviation equipment manufacturers to chart a path forward for 5G deployment and aviation to safely co-exist – and, at my direction, they will continue to do so until we close the remaining gap and reach a permanent, workable solution around these key airports.”

And when will that be? We simply don’t know.

5 Years That Altered the Ransomware Landscape