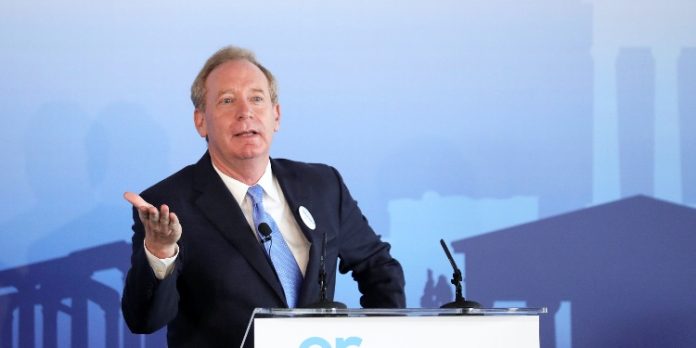 Democracies around the world are under a constant barrage of cyberattacks that must be identified, called out and stopped, Microsoft President Brad Smith told a gathering of security and defence officials on Wednesday.

Speaking at the Atlantic Future Forum, Smith named Russia, China, Iran and North Korea as the states most frequently engaged in malicious cyberattacks targeting elections and the domestic politics of other countries.

“We’re living in this period of time that is certainly not necessarily war but doesn’t feel entirely like peace either,” he said. “It’s this grey zone where we see these constant cyberattacks.

“Five years ago, I think we thought about this principally in terms of attacks on, say, conventional infrastructure or our military capabilities, but today I think it’s just become an onslaught on democracy itself.”

U.S. officials have warned that countries including Russia and Iran are tryting to sway the outcome of the Nov. 3 presidential election. Moscow and Tehran have repeatedly denied such accusations.

Smith said the “hacking and weaponising” of private emails and disinformation campaigns posed the greatest threats. “I do believe it’s one of the greatest risks to the protection of our democracies today.”