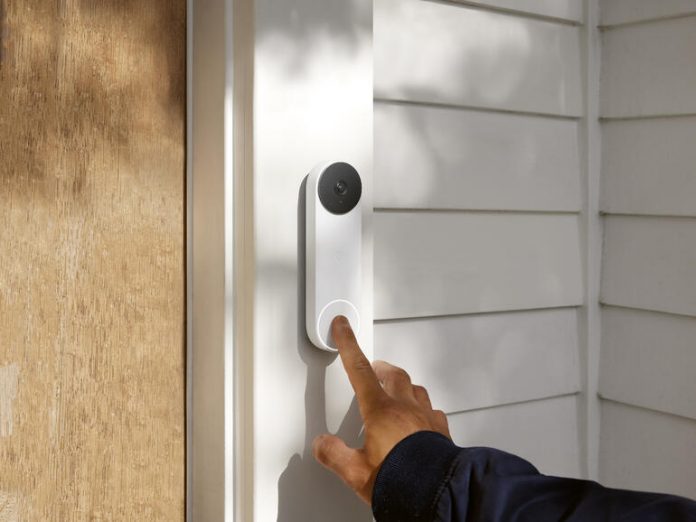 Google on Thursday unveiled several new security cameras that are part of its Nest smart home lineup. There’s a new video doorbell, a floodlight camera to help you monitor your driveway or a dark side of your home, and two new Nest Cams — one that’s battery-powered and designed for use anywhere — and another that’s designed to monitor inside your home.

In addition to new hardware, Google is also making some of the features that used to be behind a Nest Aware monthly subscription free. You can still sign up for Google’s Nest Aware service to add 30-day event history, the ability to create and share clips, and turns your smart displays and speakers into listening devices that act as a makeshift home security system.

Let’s break down what’s new, what’s included, and what you’ll have to pay for below.

So long Nest, and hello to Google’s second video doorbell product will simply be called Nest Doorbell. It’s available to order right now for $180 and will be available in retail stores, and shipments will be delivered starting August 24.

The Nest Doorbell, on paper, looks to compete with similar products from Ring, Arlo and Eufy. It’s equipped with an internal battery, allowing you to install it anywhere — helpful if you rent a house or apartment. Alternatively, you can wire the Doorbell to your existing wiring and chime. Battery life will vary depending on how often you receive alerts, the doorbell detects motion and so on.

Along with a brand new design and several color options, the Nest Doorbell now comes with smart alerts for free — a feature that was previously reserved for Nest Alert subscribers. The Doorbell can identify people, animals, vehicles, and packages and let you turn alerts on or off for a specific category.

For those who sign up for Nest Aware at $6 a month, you’ll gain 2 extra features: Face detection and Activity Zone. With that enabled, you can identify and customize who you receive alerts for and what areas of the camera’s field of view you want the camera to watch or ignore.

Any object detection on the Nest Doorbell, or all the cameras announced on Thursday, is done on-device now. In turn, you should receive more accurate alerts for specific objects a lot quicker than Nest Hello.

As for video specs, the Doorbell will capture “HDR-quality” video with 6x zoom. It has a 960p camera, which is lower resolution than the previous model, but Google claims the video quality hasn’t suffered thanks to updated hardware. Google also claims the Doorbell Cam offers a head-to-toe view and can see objects as close as 8-inches to its placement.

Alongside an updated video doorbell, Google also revamped its Nest Cam lineup. There are now 3 distinct models, all of which can be used inside or outside and feature a new design. The battery-powered Nest Cam is going on sale first, with preorders also starting today.

The battery-powered camera records 1080p HDR video. You can use a power adapter to provide constant power to the camera if you want but don’t have to. Battery life will last from 1.5 months to 7 months, using slightly fewer daily triggered events like the Doorbell Cam as a reference.

The Cam will alert you when it detects motion or when you set up alerts for people, vehicles or animals. If you want familiar faces or activity zones, you’ll need to sign up for Nest Aware.

In addition to Nest Cam (battery), Google also announced Nest Cam (wired) for indoor use and Nest Cam with Floodlight. However, the latter two devices aren’t available to preorder today. We do know the floodlight will cost $280, and the wired indoor camera will cost $100.

Google has only said both devices would launch later this year.

Except for the indoor Nest Cam, all of the above devices have built-in storage and can store recorded clips for a week should you lose internet or power. The indoor Cam will record and store video only when your Wi-Fi is down since it requires power to work.

Cybersecurity 101: Protect your privacy from hackers, spies, and the government