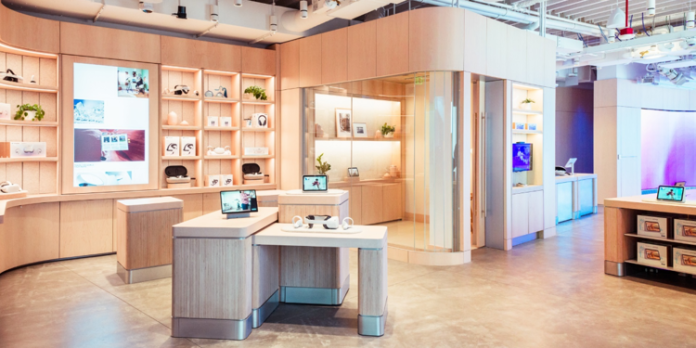 Facebook’s parent company Meta will open the first ‘Meta Store,’ the company announced. The physical store will encourage shoppers to try out and buy virtual and augmented reality headsets.

Opening a physical store is a step among many the company has taken to push its metaverse mainstream.

“Once people experience the technology, they can gain a better appreciation for it. If we did our job right, people should leave and tell their friends, ‘You’ve got to go check out the Meta Store.'” – Martin Gilliard, Head of Meta Store, is quoted in the statement.

The 1,550-square feet Meta Store at the company’s Burlingame campus in California opens on May 9. It will feature demos for its Quest 2 VR headset, video calling device Portal, and smart glasses it produces with Ray-Ban.

Minus the smart glasses, customers will be able to purchase other gear offered in the Meta Store.

“We’re not selling the metaverse in our store, but hopefully, people will come in and walk out knowing a little bit more about how our products will help connect them to it,” Gillard said.

The company also said it would charge a 47.5% fee from creators of digital experiences and assets, a move that has attracted criticism from some app developers.

Post-quantum cryptography is nearly here. Why the rush?

Elon Musk strikes a deal to buy Twitter for $44bn

All at sea: the shipping industry’s cybersecurity problem

Microsoft: We Don’t Want to Zero-Day Our Customers