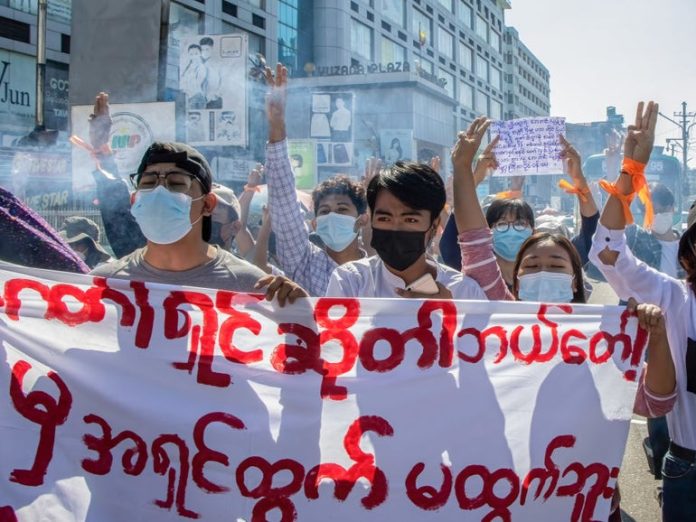 Meta announced this week that it is expanding its ban on members of the Myanmar military – known as the Tatmadaw – after Rohingya refugees filed two class action lawsuits in the US and UK for about $150 billion.

Meta said it will now “remove Pages, Groups and accounts representing military-controlled businesses.” The company made a similar move earlier this year when the military staged a coup and removed democratically-elected leader Aung San Suu Kyi.

Meta did not say how this move differentiates from the one in February, and many online criticized it as a cynical ploy to deflect criticism coming from the billion-dollar lawsuit.

“This builds on our existing ban on these entities advertising on Facebook, which was announced in February, and the various enforcement actions we’ve taken since then which are outlined below,” said Rafael Frankel, director of policy for Meta in APAC-Emerging Countries.

“We’re taking this latest action based on extensive documentation by the international community of these businesses’ direct role in funding the Tatmadaw’s ongoing violence and human rights abuses in Myanmar.”

Frankel noted that the move was made in light of the sanctions handed down by the US, EU and other governments. But Frankel added that the military “has far-reaching commercial interests which are not always possible to definitively determine.”

They are basing their business bans on the UN Fact-Finding Mission on Myanmar’s 2019 report on the economic interests of the Tatmadaw, according to Frankel.

Facebook has long faced backlash and condemnation for not doing more to stop generals in the Myanmar military from using the platform to incite and organize violence against the Rohingya ethnic group. Around 2013, the generals began using their Facebook pages to stoke hatred against the racial minority within the country and justify the rape, torture, abuse and killings of thousands of people.

The US lawsuit from Rohingya refugees this week illustrates how Facebook’s algorithm often recommended extremist groups and violent content to regular citizens of Myanmar, effectively radicalizing the country and spreading support for the ongoing genocide.

“At the core of this complaint is the realisation that Facebook was willing to trade the lives of the Rohingya people for better market penetration in a small country in Southeast Asia,” the lawsuit said.

The military violently drove millions of Rohingya out of the country into a number of neighboring countries including Bangladesh, where most are still currently living in squalid refugee camps.

Facebook eventually banned the generals from using the platform and admitted that senior military leaders in Myanmar did other things to spread misinformation about the Rohingya in 2018, but most in the country have said the move came far too late.

The Myanmar military has since expanded its campaign of violence beyond the Rohingya, staging a coup earlier this year and inflicting unrestrained violence on anyone living in the country.

Since February, the military has arrested and killed thousands, sparking a revolt that has now spread throughout the country.

Facebook previously expanded its ban on posts by the military in April, pledging to remove any praise for the military’s violence against the country’s population.