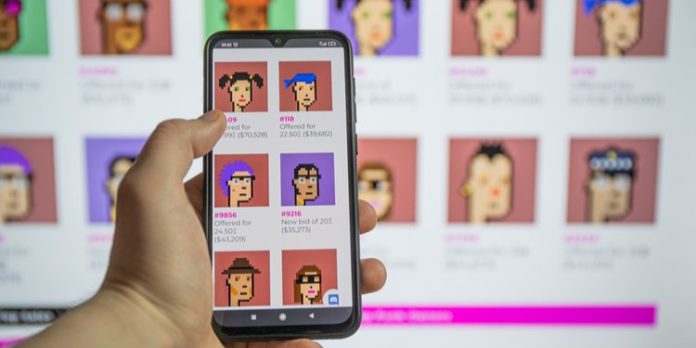 As NFTs continue to gain traction from mainstream audiences, cybercriminals are crafting new scams to drain investors’ wallets. It pushed companies to develop solutions to protect their customers.

Hacks and rug pulls have become a prevalent issue in the NFT (non-fungible token) space. According to blockchain research company Chainalysis, rug pulls took in more than $2.8 billion worth of cryptocurrency from victims in 2021.

Rug pull is a relatively new scam type widespread in the decentralized finance (DeFi) ecosystem. In this type of scam, developers of a cryptocurrency project – usually a token – abandon it unexpectedly, taking users’ funds with them.

Threat actors will not miss an opportunity to take their share of the booming NFT market. We’ve already witnessed some attempts to steal NFT assets.

Understanding that malicious actors will not leave NFTs alone in 2022, NFT spaces are looking for solutions to address the issue.

On Tuesday, Nervos Network, a suite of interoperable protocols built for enterprises on top of an open network and home to many NFT projects, announced a partnership with Pastel Network, the preeminent protocol standard for NFT technology.

Pastel has developed the Sense protocol. While current verification protocols can tell if images are similar or different, Sense can detect how similar or different two given NFTs are. Sense provides a solution to guard NFT creators, collectors, buyers, and sellers from copyright infringements and scams.

Pastel’s Cascade protocol introduces an added layer of security by addressing a second major issue plaguing the NFT space – rug pulls and NFT disappearances. Cascade combats data losses and manipulation by offering permanent, lossless storage. It functions by distributing NFT data in chunks across different nodes in the system, meaning that even if there was a network disturbance, NFTs would be fully recoverable.

“By integrating Sense and Cascade, Nervos will be able to offer security and reliability to developers and users working with NFTs in our ecosystem,” Kevin Wang, Co-Founder at Nervos, is quoted in a press release.

The Nervos Network provides another much-needed solution for the blockchain space. Nervos allows enterprises to build and deploy decentralized applications (dApps) without committing their entire tech stack to the blockchain, allowing them to scale their products more efficiently.

“Nervos’s technology changes the way users can interact with others via NFTs by granting them the ability to send, receive, and create NFTs with little-to-no fees,” explains Anthony Georgiades, Co-Founder of Pastel Network. “We’re excited to provide the infrastructure that will allow Nervos and the many decentralized applications built on top of it to take advantage of their ever-growing opportunities in the NFT ecosystem by providing enhanced security and reliability.”

As different NFT projects increase in value, they will be under heavy attack by cybercriminals.

Matthew Grace-McMinn, Head of Threat Research at Netacea, expects to see bot attackers trying to further diversify their attack vectors over the coming year to maximize their profits.

“As bots become an increasingly advanced and popular form of attack, we expect to see them exploiting business logic vulnerabilities in other industry verticals that may not have seen extensive bot attacks in the past. We have found more and more bot developers offering their skills to those who want to profit from NFTs. Like those that frequent eBay, Sniper bots are being developed and employed to rapidly purchase and resell NFTs,” he told CyberNews.