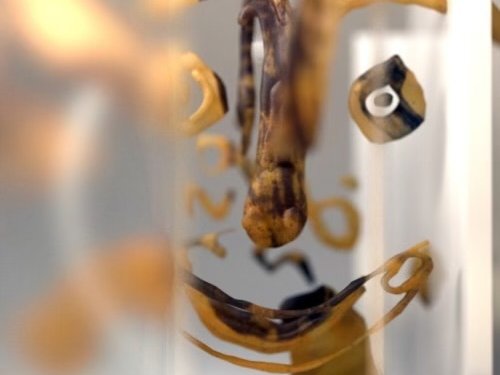 NFTs (non-fungible tokens) and traditional art might seem like two worlds never meant to meet. But more and more creatives are branching out of the established belief, such as Pablo Picasso’s great-grandson, Florian, who is creating the first NFT of his famous ancestor’s unseen work.

Picasso Man & The Beat by Picasso’s grandchildren, Marina and Florian, launched on January 28, 2022 with the help of Origin Protocol. Florian also worked closely with famous musicians John Legend and Nas on a new track titled “Tomorrow,” which will accompany each released NFT.

“We’re trying to build a bridge between the NFT world and the fine art world,” Florian said, AP reports.

The initial sale will include 5 limited edition sets of 200 NFTs, connecting the digital realm with fine art.

“This collection embodies 20th century art through both traditional and digital art forms. Origin Protocol believes that NFTs are a fundamental building block of the new internet, Web3, which empowers both artists and collectors alike. Picasso Man and the Beat is bridging together the past and the future, representing how traditional forms of art and their legacies are being migrated to the burgeoning NFT landscape,” Matthew Liu, Co-Founder at Origin Protocol, shared with CyberNews.

Florian sees this development as a logical and inevitable evolution of the art scene, and is convinced that it fits their grandfather’s creative vision.

“I think it fits within Picasso’s legacies because we are paying tribute to him and his way of working, which was always being creative,” he told AP.

Later in March, siblings are planning to partner with Sotheby’s to release Picasso’s original yet unseen work as an 1-of-1 non-fungible token together with the physical artwork.

Here’s how a hacked satellite can impact your life

More than 40 billion records were exposed in 2021

Thousands of laws guard our data. Why is privacy under assault then?

iPhone bug makes it easy for someone to break your Wi-Fi...