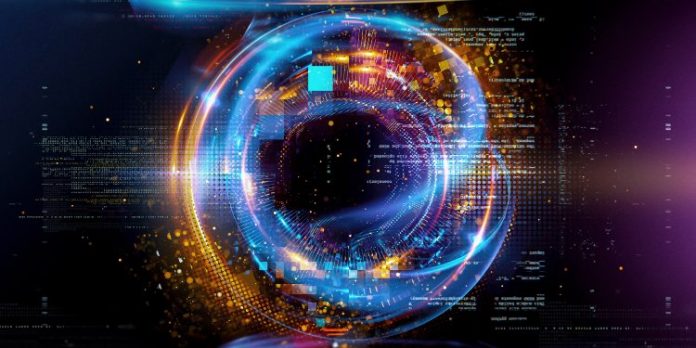 How would a quantum-based internet change the landscape of cybersecurity?

For decades, we have become used to the current state of our internet. We have established norms and common understandings about how things work online. However, our internet is not always the most secure: we fall victim to cyberattacks at an increasingly regular rate, with big payoffs for those criminals who manage to take advantage of lax cybersecurity.

But advances in technology, and the advent of a new way of handling information on the internet, could potentially head off any attacks before they occur. That’s the understanding and hope of researchers at Sussex University, who have developed secure quantum communications.

What is the quantum internet?

Quantum communication systems, which are often networked in a way similar to the internet, are more secure than regular networks because of the way they transfer data. They rely on the quantum properties of photons, rather than computer code. The impregnable photons are much more secure than computer code, which can easily be manipulated or exploited to find vulnerabilities.

However, the quantum internet is something of a theoretical new dawn, rather than a practical one at present.

For one thing, the notion exists more in theory than it does in reality. Quantum internet development is happening in academic laboratories across the world, but at present does not scale to a level where it would be practical for people to use online.

Yet things are progressing. In recent months Bristol University academics managed to develop the largest-ever secure quantum network of its kind, communicating data in a way that would prevent most cyberattacks. It relied on connecting users through a multi-pronged network, rather than one-to-one communication, which most quantum internet research has done so far.

The quantum communication network was essentially a mini-internet network. It split the photons from a single laser and enabled up to 100 people to communicate at the same time – though efficiency can be improved further.

This is such an important development because quantum internet connections could allow for networking that – on the face of it – is impervious to hacking, preventing many of the issues that blight current internet users.

It would herald the new dawn of a more secure, more safe internet for all.

Quantum internet connections should, in theory, offer unprecedented security and privacy. The photon that is used to communicate between different nodes on a network in theory cannot be intercepted and decoded easily without the correct information and encryption keys. However, that always relies on people keeping information safe.

Human error is the biggest issue

As CyberNews has previously reported, most of the problems with secure communications lie not with the underlying hardware or software, but with the humans who operate it on either end. This is the significant issue that could turn a theoretically robust quantum internet into something that could become more vulnerable to attack.

For one thing, expanding network connections such as the Bristol University example involves increasing the use of the single photon, and may need end users to accept slightly less accurate versions of photons – essentially downgrading the security check that occurs.

And the encryption keys that would keep the communications that take place on a quantum network would also likely be more commonly rejected because of the degradation of quality. That would mean that encryption keys may be relied on less, or could be displaced entirely for the sake of convenience – meaning that the benefits that come with a quantum network are immediately negated.

For the time being, the quantum internet remains a laboratory experiment with some real-life usage at a small scale.

The promise for the technology is enormous. But it will require significant development before we reach the potential of a totally secure quantum internet connecting everyone around the globe.

446 Australian breach notifications with 30% of system faults found after...