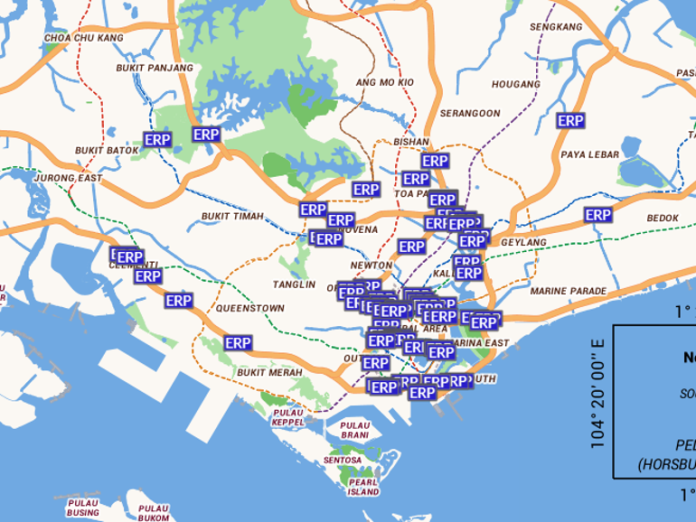 Singapore has again pushed back the deployment of its next-generation electronic road pricing (ERP) system, this time, due to the global chip shortage. The satellite-based network is now expected to be rolled out in the second half of 2023, instead of end-2021.

It was originally slated to be implemented from 2020, but this was delayed to early this year with completion set for mid-2023. The government then had pointed to the impact of COVID-19 on global supply chains as the reason for the revised timeline.

With the Global Navigation Satellite System (GNSS) ERP network now anticipated to be rolled out only from the second half of 2023, it would mean a delay of almost two years before implementation works–spanning 18 months–would be completed. These will include the installation of a new on-board unit, to replace current in-vehicle units, which are mandatory for all registered vehicles in Singapore, with few exceptions that include vehicles that do not use public roads on the mainland or are subject to usage restrictions such as tractors and construction equipment.

The on-board unit is described as “central” to the new ERP system, providing various services to motorists such as alerts on electric charging locations and real-time traffic data.

The supply of critical microchips needed for these units, however, had been affected by the “worsening” global shortage, which also had impacted other industries, said the Land Transport Authority (LTA) in a statement Wednesday.

The industry regulator noted that, amidst accelerated global demand during the pandemic, the suspension of operations in major semiconductor foundries across multiple countries had affected production. This, in turn, severely impacted the production of electronic devices in multiple sectors including consumer electronics, industrial machines, and automotive.

According to LTA, parts required for the on-board units had to be sourced from different suppliers, some of which had indicated their inability to meet the required delivery schedules for critical components. This shortage was expected to continue throughout 2022, with chip production projected to ramp up gradually from end-2022 to mid-2023.

Due to the uncertainty in the supply chain, implementation of the on-board units should only commence when production was “stable and sufficient”, it said.

“To ensure a smooth and uninterrupted installation exercise for all motorists, the installation of on-board units is now planned to commence in the second half of 2023, instead of end-2021,” LTA said.

It added that it would work with local systems integrator NCS and Mitsubishi Heavy Industries (MHI) Engine System Asia on the production and installation of the on-board units.

MHI Machinery Systems’ president Naoaki Ikeda said the company was “working closely” with its supply chain partners to source for the affected components and “safeguard their availability” for the installation.

Singapore’s current ERP system, launched in 1998, uses a combination of smart card and RFID (radio frequency identification) technology to collect toll charges as vehicles, including motorbikes, drive through gantries. These typically are located along highways and roads that are frequently congested during peak hours. Smart cards carrying stored cash value, also dubbed CashCards, are inserted into the in-vehicle units and funds are deducted each time the vehicle passes through an ERP gantry that is in operation.

According to LTA, the current system is increasingly expensive to maintain and the new GNSS infrastructure will do away with the need for bulky gantries, which will be replaced with slimmer ones.

As of October 2021, Singapore has a vehicle population of 987,450 that comprises cars, taxis, buses, and motorcycles.

Ransomware Attacker Offers Employees a Cut if They Install DemonWare on...