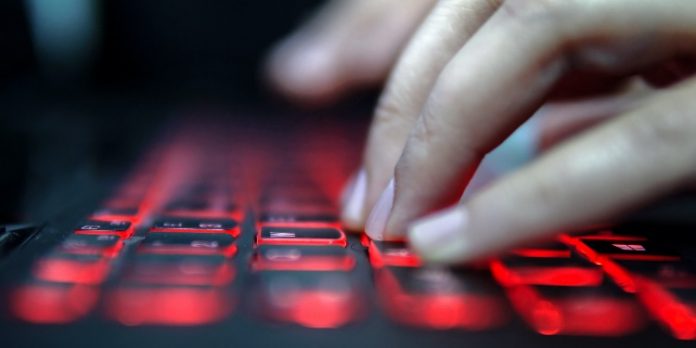 In April 2020, highly malicious cyber activity was detected in several Taiwan government agencies. In one environment alone, out of the thousands of endpoints scanned, 30 endpoints were confirmed to be infected, and 10 high-risk endpoints were connected by these compromised endpoints. 10 key malware were discovered during these sophisticated targeted attacks — most of them were Waterbear Loader malware.

The attackers discovered and leveraged a weak point in trusted and commonly used data loss prevention (DLP) software in order to trigger malware and maintain persistence. The government agencies targeted for attack in April 2020 had already been compromised prior to the April attacks; however, CyCraft AIR (our automated detection and response platform) discovered that not all the malware from the previous attack was removed during another vendor’s IR investigation, allowing the attackers to use the previously compromised endpoints yet again.

The discovered Waterbear Loader malware used several methods to evade defense. (Each method will be expanded upon later in the article.)

The attackers first compromised a user’s endpoint to harvest administrative credentials. The credentials were then utilized to RDP a web server. With the connectivity of the web server, the attackers “net use” through (proxying) the webserver, allowing them to distribute malware directly to other endpoints.

One key feature of this attack was DLL Hijacking.

What is DLL Hijacking?

A DLL hijacking attack exploits the Windows search and load mechanism, allowing attackers to inject code into applications through disk manipulation. By simply injecting a DLL file in the right location, attackers can cause vulnerable applications to load malicious DLLs.

The attackers leveraged a DLL hijacking vulnerability in the DLP software to enlarge its defensive evasion capability and to persistently trigger next-stage malware. However, the DLP software failed to verify the integrity of their loaded DLLs. Thus the DLP software loaded the malicious DLL with high privilege.

The attacker modified LOG4C.DLL to implant a new entry in the import table. The new entry will enforce the DLP software to load the malicious SecureFile.dll (or LIBDIG.dll). The loaded DLL then injects shellcode to system services, including Winmgmt, sens, Wuauserv and LanmanServer. Then, the next-stage malware payload is invoked to communicate to the C2 server.

File-based scanners sometimes skip the scanning of larger files to maintain performance. The attackers enlarged the file size to bypass scanning altogether. The original size of file oci[.]dll is 66.5 KB however, as the above screenshot of CyberTotal demonstrates, oci[.]dll had been enlarged to 130 MB. Thus allowing it to be ignored by numerous security scanning tools.

Waterbear Loader forced itself to be unloaded, allowing it to evade detection from some memory forensic tools.

What is Heaven’s Gate?

This antivirus evasion technique permits 32-bit malware to hide API calls by switching to a 64-bit environment. Malware typically remains hidden inside the loader making it difficult for the AV to detect.

While Heaven’s Gate was first considered to be an advanced technique, over the last decade the Heaven’s Gate exploit has been observed in more and more rootkits as well as other malware, such as the infamous Emotet trojan.

Even though usage of the Heaven’s Gate spread, Microsoft’s release of Control Flow Guard (CFG) in Windows 10 immediately hindered the exploit’s effectiveness as CFG prevented code jumps from WoW64 32-bit execution to native 64-bit code execution space. However, like most exploits, attackers still equip them when targeting legacy systems and the like — further demonstrating the need for organizations to update defenses early and update them often.

The following MITRE ATT&CK techniques were observed in this attack.

3. Meticulously tracking down the root cause of the attack (not just the endpoint) and thoroughly removing malware is not only paramount in an IR investigation but could also prevent future attacks.

4. As DLP software is widely deployed in sensitive organizations, is daily-used software, and often has high privilege, DLP vendors and customers both need to constantly be striving on hardening security to maintain resilience even in the worst of situations.

5. Do not rely on a one-solution security policy. Preventative solutions (e.g., firewalls, antivirus) and DLP solutions are no longer enough to maintain resilience during an attack of this sophistication. AI-driven detection and response solutions, such as our award-winning CyCraft AIR, not only reduce mean dwell time but also increase SOC efficiency, automate investigations, and reduce alert fatigue.

Dark side of encrypted chat apps: market for counterfeit goods and...