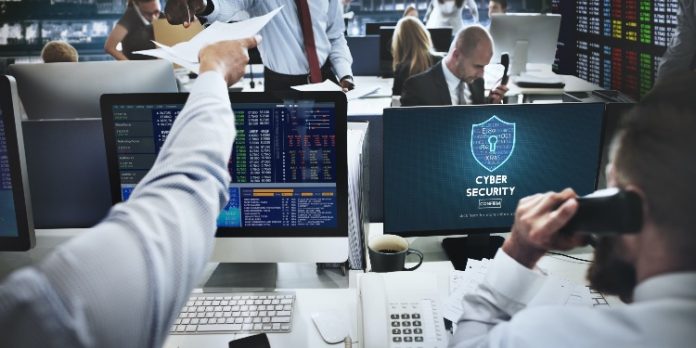 In April 2020, CyCraft observed highly malicious cyber activity in several Taiwan government agencies. Some of these attacks have been attributed to the same threat actor due to similar techniques, tactics, and procedures — the most important of which is the utilization of Skeleton Keys and Owlproxy malware.

This article is Part 2 of a series of articles. Part 1: Waterbear Malware.

What is a Skeleton Key?

“Even though several of the April 2020 attacks use the same techniques as APT Chimera, available evidence and artifacts in the April 2020 attacks do not suggest attribution to APT Chimera. However, this does suggest that China-based APT groups may share malware, tools, or even similar techniques. This sharing of tools, techniques, and malware adds difficulty to the attribution process.”

Owlproxy is one of the primary malware discovered in several of the April 2020 incidents. In order to bridge the internet and intranet, the threat actor used this malware with backdoor functionality to tunnel in and out of the network. This backdoor functionality enables threat actors to launch any commands directly into the target system. While the program database (PDB) information is resident in the binary, the malware’s name, Owlproxy, comes from the project name of the PDB file.

How to inject a Skeleton Key

The malware, tncpb.exe, would first drop msehp.dat, which also contained Windows Event Manageex.dll, Mimikatz.dll and Mimikatz.sys (with the name WinHelp.sys). While Windows Event Manageex.dll was loading, it would also invoke Mimikatz.dll for a Skeleton Key. If it fails to open lsass, Mimikatz.sys would be loaded as the alternative to unprotect Isass.exe (T1003.001 OS Credential Dumping: LSASS Memory). As a result, the Skeleton Key would be injected, and the attackers could then gain unfettered access to the domain endpoints.

The wmipd.dll is the main remote administration tool (RAT) in this attack. The most important characteristic of this malware is that it is an HTTP proxy (T1071.001 Application Layer Protocol: Web Protocols) with backdoor functionality. This malware can be accessed via port 80 to execute commands (T1059.003 Command and Scripting Interpreter: Windows Command Shell) and proxy traffic in and out of the victim’s network.

wmipd.dll uses WinHTTP API to create an HTTP server on port 80 with these endpoints:

This malware has been designed for persistence. After it is dropped by tncpb.exe, Windows Event Manageex.dll self-installs. The previous stage malware (tncpb.exe) is then deleted (T1070.004 Indicator Removal on Host: File Deletion). The next stage malware (Mimikatz.dll), designed for credential access, is then triggered.

A customized modification of the original Mimikatz, Mimikat.dll was designed to specifically inject the Skeleton Key to allow the attackers persistent, unfettered Lateral Movement across the network. This was an interesting approach as Skeleton Keys aren’t typically used for credential access. Once injected, the modified Skeleton Key modifies the original execution logic of lsass.exe and then injects the backdoor password. This malicious behavior is similar to legit user behavior, which helps this particular technique evade detection. In case the injection fails (cannot gain access to lsass.exe), an alternative approach is taken; the kernel driver WinHelp.sys is installed and unprotects lsass.exe, allowing the DLL malware to inject the Skeleton Key once again. Once the Skeleton Key injection is successful, the kernel driver will be unloaded.

The certificate embedded in the driver is signed by 上海域联软件技术有限公司 (Shanghai Yulian Software Technology Co., Ltd.).

The following MITRE ATT&CK techniques were observed in this attack.

4. Remove Skeleton Keys*
*Be sure to first remove any malware that will inject the Skeleton Key, including Windows Event Manageex.dll as it is self-installing. Then, reboot the endpoint to clean up the modified memory.

Cybersecurity teams are struggling with burnout, but the attacks keep coming