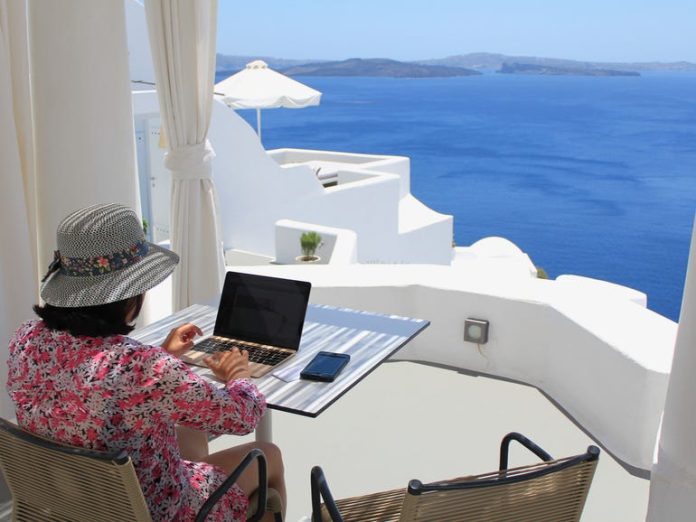 Of all the situations you might find yourself in when using a VPN, perhaps the one where your VPN is at its most mission critical is when you’re traveling. When you’re away from home, you’re dependent on whatever communication infrastructure exists where you are. That might be a solid, secure infrastructure, or it might be one that’s insecure, or even one designed by the host government where you’re located to siphon up every last bit of information about you that it can.

VPNs create secure tunnels that should allow you to get back to your home network resources, whether that’s a public cloud in your home country or your corporate server. They protect your ability to conduct whatever financial transactions you need to make while traveling. They may even protect your identity from stalkers or local organized crime that might be looking for an executive to kidnap and ransom.

Keep in mind that VPNs are illegal in some countries, precisely because the host government wants to snoop on all traffic. Make sure you check into local laws before you do something that may be frownNed upon, possibly with quite serious consequences.

Also: Take home along: How a VPN can help travelers connect wherever they go

Sure, VPNs can also let you stream your movies from your home services while away, but they serve a much more serious purpose when on the road. Choose carefully. 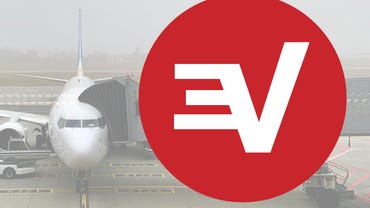 A key advantage of ExpressVPN is the private DNS it runs on every VPN server when it comes to travel. That means that when you’re trying to access Gmail, for example, ExpressVPN’s DNS will give you an actual IP address for Gmail. If you’re relying on your local host network’s DNS, you have no idea what actual IP address you’re being sent to. It looks like Gmail, but is it really? Or did you just give a hostile government or organized crime your Gmail credentials? Make use of ExpressVPN’s private DNS.

ExpressVPN is one of the most popular VPN providers out there, offering a wide range of platforms and protocols. Platforms include Windows, Mac, Linux, Routers, iOS, Android, Chromebook, Kindle Fire, and even the Nook device. There are also browser extensions for Chrome and Firefox. Plus, ExpressVPN works with PlayStation, Apple TV, Xbox, Amazon Fire TV, and the Nintendo Switch. There’s even a manual setup option for Chromecast, Roku, and Nvidia Switch. While you’re unlikely to use all these platforms while traveling, it’s nice to know ExpressVPN will be useful when you’re back home as well.

Great VPN at an affordable price 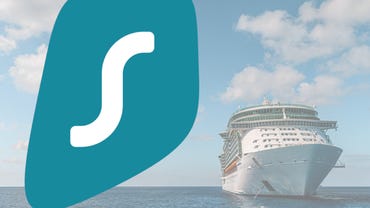 At two bucks a month for a two-year plan (billed in one chunk), Surfshark offers a good price for a solid offering. In CNET’s testing, no leaks were found (and given that much bigger names leaked connection information, that’s a big win). The leak protection can be a big deal when traveling, especially if you want to hide the fact that you’re using a VPN from either the local Internet service provider or the host government.

Surfshark also offers a private DNS capabilities, as well as what they call NoBorders mode. This feature is designed to enable you to access sites regardless of restrictive border connections. Be careful, though. Countries restricting access tend to frown on your bypassing those restrictions.

Also: Surfshark VPN review: It’s cheap, but is it good?

Surfshark’s performance was higher than NordVPN and Norton Secure VPN but lower than ExpressVPN and IPVanish. That said, Surfshark also offers a multihop option that allows you to route connections through two VPN servers across the Surfshark private network. We also like that the company offers some inexpensive add-on features, including ad-blocking, anti-tracking, access to a non-logging search engine, and a tool that tracks your email address against data breach lists.

Consistent performance in many locations 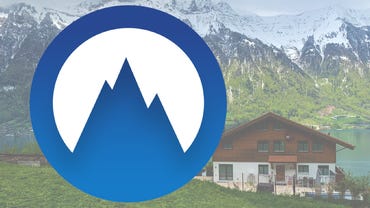 NordVPN is one of the most popular consumer VPNs out there. We found that NordVPN performance was generally consistent across a wide range of test situations. This means that if you’re traveling, you’re likely to be able to count on NordVPN performing about as well, no matter where you’re connecting from and to.

In our review, we liked that it offered capabilities beyond basic VPN, including support of P2P sharing, a service it calls Double VPN that does a second layer of encryption, Onion over VPN, which allows for TOR capabilities over its VPN, and even a dedicated IP if you’re trying to run a VPN that also doubles as a server. It supports all the usual platforms and a bunch of home network platforms as well. The company also offers NordVPN Teams, which provides centralized management and billing for a mobile workforce.

Solid VPN with servers in 52 countries 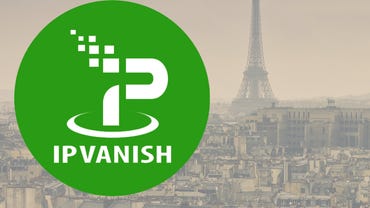 IPVanish is a deep and highly configurable product that presents itself as a click-and-go solution. I think the company is selling itself short of doing this. A quick visit to its website shows a relatively generic VPN service, but that’s not the whole truth.

Its UI provides a wide range of server selection options, including some great performance graphics. It also has a wide variety of protocols, so you can know what to expect no matter what you’re connecting to. The company also provides an excellent server list with good current status information. This list can prove hugely helpful when on the road because it will give you the option to tune which service and server you choose based on your current location.

There’s also a raft of configuration options for the app itself. In terms of performance, the connection speed was crazy fast. Overall, the transfer performance was good. However, it wasn’t able to hide from a security perspective that I was connecting via a VPN — although the data transferred was secure. Inability to hide being on a VPN could be problematic for traveling, which is why this is the last choice in our list of recommendations.

Overall, a solid product with a good user experience that’s fine for home connections as long as you’re not trying to hide the fact that you’re on a VPN. The company also has a partnership with SugarSync and provides 250GB of encrypted cloud storage with each plan.

What is the best VPN for travel?

We found the best VPN for travel is ExpressVPN. With servers in 94 countries and the best performance in over 150 locations, ExpressVPN offers top-notch security features and a wide range of supported platforms.

Which travel VPN is right for you?

The travel VPN that best fits your needs is going to provide a balance between security and speed. Some VPNs prioritize encryption and other security measures over ping speeds, and while this won’t affect your web browsing or streaming speeds too much, it’s still a factor to consider.

How did we choose these VPNs for travel?

We looked at a list of different metrics to decide which were the top picks for travel VPNs, including: ping speeds, encryption, platform compatibility, and the number of servers each brand has worldwide. We also made sure that each of our picks offered the best possible security, meaning that your data will not be visible at all while using the program.

How can I find out what the VPN rules are for the countries I’m visiting?

There are a number of sources. First, it’s always a good idea to reach out to your VPN vendor. They often have a good feel for the countries their services operate in. If you’re an American citizen, contact the US State Department. Foggy Bottom often lists travel advisories for US citizens, and they have foreign service officials who can provide general guidance. Check the travel advisories web page. Your nation’s foreign ministry may have a similar service if you’re outside the US.

Is a VPN all I need to be protected while traveling?

No. No way. VPNs can, generally, protect your data while it’s in motion. But if your computer or phone is seized (whether or not it’s encrypted), it’s possible governments can access your data. Some governments might simply hold your devices for whatever reason they deem useful. Online services you access in-country might have less protection than the very same services in your host country. And, of course, there are all the normal travel security issues, like being careful what you spend, how you handle cash, who you trust, and so on that could cause risk while traveling.

If my hotel has a wired connection, do I still need to use a VPN?

Yes. Don’t assume any network endpoint is safe when traveling. Always make sure your connections are encrypted when communicating from any network connection.

Fraudsters Use HTML Legos to Evade Detection in Phishing Attack