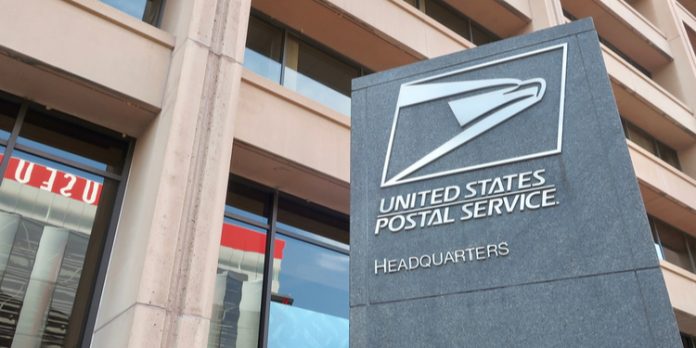 Surveillance is all around us, the EFF alleges.

The Electronic Frontier Foundation (EFF) has launched a lawsuit aimed at obtaining more information about what could be a massive alleged spying programme by the US Postal Service.

The EFF’s lawsuit, filed under the Freedom of Information Act (FOIA) in the District of Columbia, claims that the US Postal Service secretly combed through the online posts of social media users before street protests took place. The privacy-focused rights campaign group believes it raises concerns about chilling the privacy and expressive activity of internet users.

According to the suit, the US Postal Service conducted an initiative called the Internet Covert Operations Program. The EFF alleges that the postal service sorted through massive amounts of data created by social media users to surveil what they were saying and sharing, according to media reports. Internet users’ posts on Facebook, Twitter, Parler, and Telegraph were likely swept up in the surveillance program.

“We’re filing this FOIA lawsuit to shine a light on why and how the Postal Service is monitoring online speech. This lawsuit aims to protect the right to protest,” said Houston Davidson, EFF public interest legal fellow. “The government has never explained the legal justifications for this surveillance. We’re asking a court to order the USPIS to disclose details about this speech-monitoring program, which threatens constitutional guarantees of free expression and privacy.”

The US Postal Service has not previously disclosed any details about the existence of the Internet Covert Operations Program.

“Monitoring and gathering people’s social media activity chills and suppresses free expression,” said Aaron Mackey, EFF senior staff attorney. “People self-censor when they think their speech is being monitored and could be used to target them. A government effort to scour people’s social media accounts is a threat to our civil liberties.”

Where law enforcement crosses into tracking

The Capitol protests and riots of January 6, 2021 have thrown into sharp light the importance and need to track online communications for real-world, offline ramifications. We have become more aware of the risks of online chatter being used to plan offline attacks, and the drastic consequences that can have. However, there is a slippery slope that governments and organisations can begin to fall down very rapidly that moves from necessary monitoring to intrusive surveillance.

Seven in 10 US police forces use social media to gather intelligence on terrorist operations, according to a 2017 survey.

At the same time, the number of government requests for data to social media platforms continues to be revealed in their regular transparency report releases. Kentucky Representative Thomas Massie was alarmed when the practice first came to light. “The USPS has been losing money for many years … so where do they find money to run this surveillance program?” he tweeted.

Part of the issue the EFF highlights in its lawsuit is the lack of transparency and therefore oversight on such activities. “This shadowy surveillance program has likely swept up internet users’ speech on Facebook, Twitter, and other popular social media sites,” they write in their lawsuit. There is also the concern on the EFF’s behalf that what is relatively innocuous posting on platforms can be put together to claim a pattern of behaviour that isn’t matched by reality. “Through a combination of overbroad data collection and analysis, social media monitoring renders suspicious what is otherwise banal,” they write in their suit.

The US Postal Service will be required to shine more light on the programme – something they have not been willing to do through the normal FOIA process to date – or will be compelled to attend court in Washington DC.

Look out! Scammers are in love with Amazon