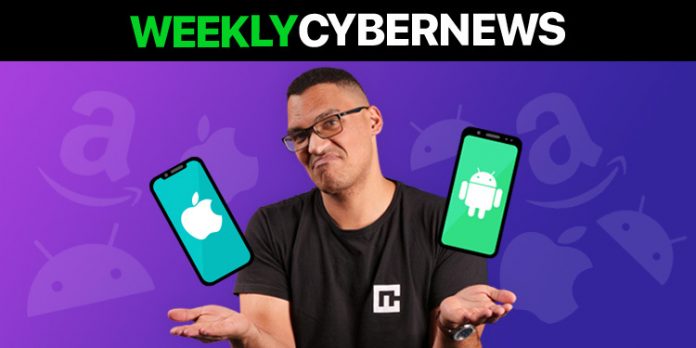 Welcome to another episode of This Week in CyberNews. This week, we’re discussing the ransomware industry flourishing after Maze retired, EU vs. Amazon, Steve Bannon’s social media misinformation network, the “spy”-like bugs that hit iPhones and Android, and CyberNews’ own original investigations.

With the Maze cartel gone, ransomware remains a dangerous problem

The Maze cartel may have retired (supposedly), but that doesn’t mean that ransomware is going anywhere. Fedor Sinitsyn, senior malware analyst at Kaspersky, told CyberNews that the affiliates working with the Maze cartel are simply moving to the next ransomware cartel:

”[They] typically find another malware developer to collaborate with and continue their malicious activities with another trojan.” FYI – if this structure seems very reminiscent of modern-day, legal business structures, you’re catching on. These ransomware cartels are becoming more organized, more efficient, and therefore much more dangerous.

While the US government simply filed a report about the monopolistic activities of Big Tech companies, the EU has gone a step further. On Tuesday, EU regulators charged Amazon with distorting competition in online retail and opened a second investigation into its business practices. Antitrust chief Margrethe Vestager takes aim at another U.S. technology giant – Alphabet Inc., which owns Google.

As if the drama in the aftermath of the US presidential elections wasn’t enough, Steve Bannon has been caught running a whole network of social media misinformation pages on Facebook. The top 7 pages of Bannon’s network had collectively gained more than 2.45 million followers, which Facebook has since removed.

In the past week, we at CyberNews discovered that 7,500 educational organizations had been hacked, and access to these organizations were being sold on Russian hacker forums. In the report by Edvardas Mikalauskas, the seller offers “convenient access” to the 7,500 compromised networks located in the USA, Canada, and Australia via Remote Desktop Protocol (RDP) and claims to be the sole cybercriminal in possession of the network access.

CyberNews’ Investigation team also discovered an unsecured Amazon S3 bucket containing more than 130,000+ extremely NSFW sexual photos, videos and audio recordings. These seem to have been leaked by a ‘private social network’ that we believe is based in China. After contacting Amazon Web Services, the database has been secured. However, we have no idea how many people or groups were able to access the database before then.

In the past week, Google’s bug hunting team found a whole host of critical vulnerabilities in Chrome, Android, Windows and iOS. The team reports that these vulnerabilities were all “actively exploited in the wild,” which means that cybercriminals were usings these bugs to actually hack people, businesses and other groups.

What’s even worse, it seems that these vulnerabilities are related in some form, and they may have been used by the same cybercriminal group or groups. However, Google’s bug hunting team is remaining suspiciously quiet about how they found the bugs, who used them, or who they were used against.