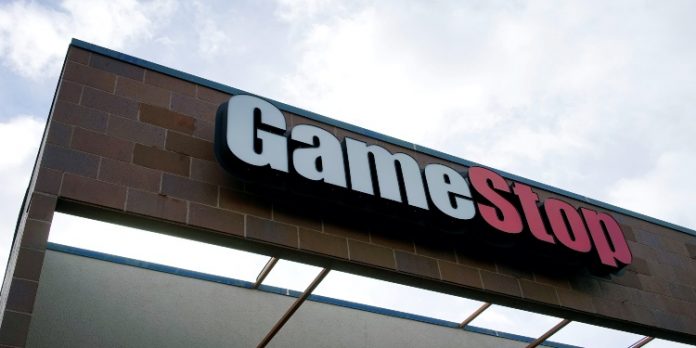 Retail traders scored against professionals on Wednesday as hedge funds Melvin and Citron retreated with heavy losses on short positions in GameStop in the week-long battle between Wall Street and Main Street, with more calling for scrutiny of anonymous stock trading posts on social media.

Funds sold long positions in stocks to pay for the losses, which sparked a 1% slide in Wall Street’s main indexes.

The battle started when famed short seller Andrew Left of Citron Capital out against GameStop and was met with a barrage of retail traders betting the other way. The short squeeze has been so sharp that funds were selling long positions in stocks to pay for the losses.

“Because the rules are changing, people don’t like that,” technology investor Chamath Palihapitiya told CNBC. “We are moving to a world where ordinary folk have the same access as professionals and can come to the same conclusion or maybe the opposite. The solution is more transparency on the institutional side not less access for retail.”

Citron has been a target for some on Reddit’s “WallStreetbets” thread, where posts helped drive gains for several niche stocks. Left said in a video post that Citron abandoned its bet on GameStop shares falling after the video game retailer’s value soared almost tenfold in a fortnight.

“I have respect for the market,” Left said in the post.

Melvin Capital Management closed out its short position in GameStop on Tuesday after taking a huge loss.

Commentators and lawyers called for scrutiny of the moves. Nasdaq chief Adena Friedman said exchanges and regulators should watch whether anonymous social media posts could be driving “pump and dump” schemes.

“If we see a significant rise in the chatter on social media … and we also match that up against unusual trading activity, we will potentially halt that stock to allow ourselves to investigate the situation,” Friedman said on CNBC.

Friedman added that exchanges and regulators should investigate if they suspect “that there may be some manipulation.”

The U.S. Securities and Exchange Commission (SEC) declined to comment. GameStop and AMC are both listed on the New York Stock Exchange.

Commentators have questioned moves in several Reddit-hyped stocks at a time when some on Wall Street wonder share prices across the market have soared into bubble territory.

GameStop’s stock has surged nearly 700% in two weeks, lifting the struggling retailer’s market value from $1.24 billion to more than $10 billion. BlackBerry Ltd soared 185% on Tuesday, on course for its biggest monthly gain ever.

GameStop surged another 130% to $341.26 on Wednesday, while AMC’s stock more than tripled to $15.18 while the broader stock market was down more than 1%. TD Ameritrade limited trading in GameStop and other stocks, CNBC reported.

Along with Nokia Oyj, the companies were among the most heavily traded, with Reddit discussion threads humming with chatter about the stocks.

“These are not normal times and while the (Reddit) … thing is fascinating to watch, I can’t help but think that this is unlikely to end well for someone,” Deutsche Bank strategist Jim Reid said.

BlackRock Inc, the world’s largest asset manager, could have made gains of about $2.4 billion on its investment in GameStop. It owned about 9.2 million shares, or a roughly 13% stake, in GameStop as of Dec. 31, 2020, a regulatory filing showed.

“It’s a dangerous game to play from both sides of the spectrum, whether you’re long or short. You get close enough to the fire you’re going to get burned,” he said. “At some point in time, valuation is going to matter and it won’t matter what social media is cheering the stock on.”

According to research firm S3 Partners, total short interest in GameStop was $10.6 billion as of Wednesday. In the last seven days the short has increased by $117 million, or 1.1%, as the stock price surged.

Year-to-date, GameStop shorts have lost $19.15 billion, including $9.85 billion on Wednesday as of a $285 share price, according to Ihor Dusaniwsky, S3’s managing director of predictive analytics.

“These large mark-to-market losses will be squeezing many existing shorts out of their positions, but we are still seeing new short sellers taking their place as they look to short at the top and ride a windfall of profits,” he said.

Long dismissed as “dumb money,” retail traders have made stocks move in ways that defy fundamental analysis. Global bets worth billions of dollars could be at risk as amateurs challenge the bearish positions of influential funds.

On GameStop, the retail investor army has gone toe-to-toe with institutional short-sellers, a traditional area for hedge funds, who bet on falls in shares of companies they judge as weak.

The 20 small-cap Russell 2000 index companies with the biggest bearish bets against them have risen 60% on average so far this year, easily outperforming the market, a Reuters analysis of Refinitiv data shows.

Barron’s reported the top securities regulator in Massachusetts believes trading in GameStop stock suggests there is something “systemically wrong” with the options trading around the stock.

Others say trades are up to investors who make them.

“That’s the sentiment, the public doing what they feel has been done to them by institutions,” Reddit co-founder Alexis Ohanian said in a tweet on Wednesday. “I know they’re all ‘random people on the internet’ but there’s a lot more empathy and community there than people realize.”

The White House and Treasury Department are monitoring the situation involving GameStop and other companies that have seen sharp gains on the stock market, White House Press Secretary Jen Psaki said on Wednesday.

It’s time to put security and privacy front and center for...