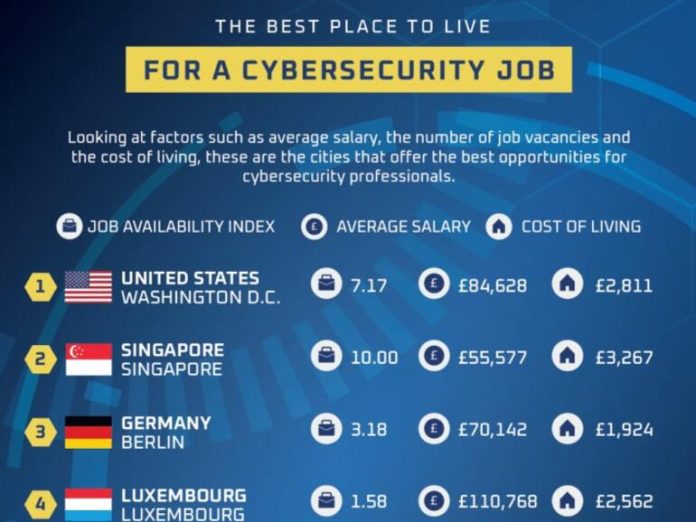 Across the globe, competition for cybersecurity IT professionals is high and salaries are competitive but demand and cost of living mean that some cities are better than others.

An analysis by Techshielder found that Washington D.C. and Singapore offer the best opportunities in terms of job openings, salary, and cost of living. London was ranked number eight because of its high cost of living and relatively low salaries.

Berlin ranked number three, gaining points because of a low cost of living and good salaries.

Luxembourg pays the highest salaries at $154,000 but it has low job availability. London and Tokyo both pay about the same in salaries, $111,000 but Tokyo scores bottom of the list at number 10 because it has much lower job availability — despite a lower cost of living compared with London.

Lasse Walstad, cofounder at Techshielder notes that, “The cities we mentioned aren’t the only places, however, they do represent the best opportunities that await cybersecurity professionals.”

More information can be found here. Salaries are in British pounds and I converted the above quoted salaries at $1.35 to one pound sterling.

Multi-factor authentication: How to enable 2FA to step up your security