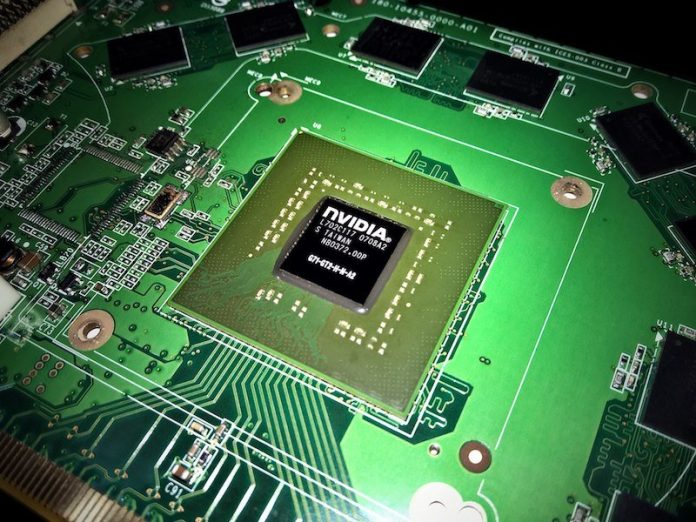 Versions of Nvidia GeForce Experience for Windows prior to 3.20.5.70 are affected by a high-severity bug that could enable code execution, denial of service and more.

The most severe flaw of the two (CVE-2020-5977) can lead to a slew of malicious attacks on affected systems – including code execution, denial of service, escalation of privileges and information disclosure. It ranks 8.2 out of 10 on the CVSS scale, making it high severity.

In a Thursday security advisory, the graphics giant said users can “download the updates from the GeForce Experience Downloads page or open the client to automatically apply the security update.”

The flaw specifically stems from the Nvidia Web Helper NodeJS Web Server. When users install GeForce Experience, Node.js runs on startup and provides a webserver connection with Nvidia. The issue here is that an uncontrolled search path is used to load a node module, which occurs when an application uses fixed search paths to find resources – but one or more locations of the path are under control of malicious user. Attackers can leverage tactics like DLL preloading, binary planting and insecure library loading in order to exploit this vulnerability.

While further details regarding this specific flaw are not available from Nvidia, the company did say that attackers can leverage the flaw to execute code, launch a DoS attack, escalate their privileges or view sensitive data. Xavier DANEST with Decathlon was credited with discovering the flaw.

Nvidia on Thursday also issued patches for another high-severity flaw in the ShadowPlay component of GeForce Experience (CVE‑2020‑5990), which may lead to local privilege escalation, code execution, DoS or information disclosure. Hashim Jawad of ACTIVELabs was credited with discovering the flaw.

Versions of Nvidia GeForce Experience for Windows prior to 3.20.5.70 are affected; users are urged to update to version 3.20.5.70.

Nvidia has previously warned of security issues affecting its GeForce brand, including an issue affecting GeForce Experience in 2019 that could lead to code execution or denial of service of products if exploited.

In June, Nvidia fixed two high-severity flaws that affected drivers for Windows and Linux users, including ones that use Nvidia’s GeForce, Quadro and Tesla software. And in March, Nvidia issued patches for high-severity bugs in its graphics driver, which can be exploited by a local attacker to launch DoS or code-execution attacks, and also affected display drivers used in GeForce (as well as Quadro and Tesla-branded) GPUs for Windows.