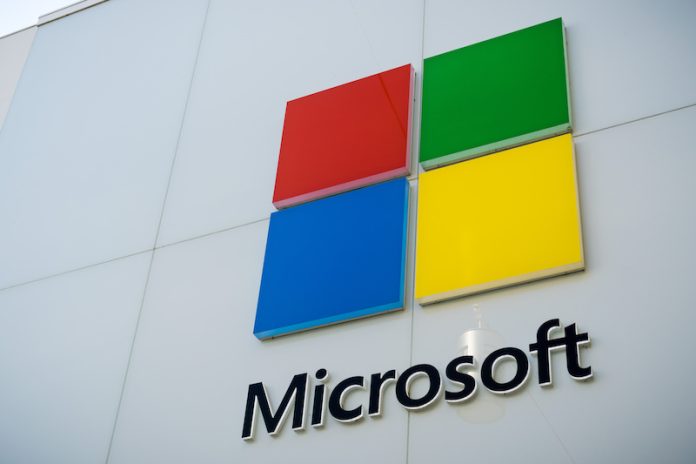 In a Monday alert, Microsoft urged organizations to immediately patch the pair of bugs, tracked as CVE-2021-42287 and CVE-2021-42278, both of which were fixed in its November 2021 Patch Tuesday release.

Both vulnerabilities are described as a “Windows Active Directory domain service privilege-escalation” bugs and are of high severity, with a CVSS criticality score of 7.5 out of 10.

“As always, we strongly advise deploying the latest patches on the domain controllers as soon as possible,” Microsoft advised.

The vulnerabilities allow attackers to easily jack up privileges to that of domain admin in unpatched Windows Active Directory domain services after impersonating a regular domain user, according to Microsoft’s advisory.

Domain administrators in Windows are users that can modify the configuration of Active Directory servers and can modify any content stored there. Domain admins can create new users, delete users and change their permissions; and can control authorization and authentication to Windows services.

“​When combining these two vulnerabilities, an attacker can create a straightforward path to a domain admin user in an Active Directory environment that hasn’t applied these new updates,” according to the security alert. “This escalation attack allows attackers to easily elevate their privilege to that of a Domain Admin once they compromise a regular user in the domain.”

On Dec. 11, a proof-of-concept (PoC) tool to exploit the bugs was publicly released on Twitter and GitHub, just a few weeks after Patch Tuesday November 2021. Multiple security researchers confirmed that it works and that the exploit is easy.

How to Tell if Systems Have Been Compromised

Microsoft defines the exploit as SAM Name impersonation. Same Account Name (SAM) refers to the sAMAccountName attribute: a logon name used to support clients and servers from previous versions of Windows, such as Windows NT 4.0, Windows 95, Windows 98 and LAN Manager.

The query compares those name changes with a list of domain controllers in your environment, researchers said. “To investigate if these vulnerabilities might have been exploited in your environment before the hotfixes were deployed, we highly recommend you follow the step-by-step guide,” Microsoft recommended, providing these instructions:

“Our research team continues its effort in creating more ways to detect these vulnerabilities, either with queries or out-of-the-box detections,” Microsoft said.

Don’t Let the Log4j Noise Drown This One Out

The Log4j Apache logging library misery is sucking all the oxygen out of the room right now, but security experts said that organizations have to find time for dealing with these bugs. Securing Active Directory is crucial, given its pivotal role in account authorization and authentication and the horrific compromise that can result if vulnerabilities like these are exploited.

“Active Directory is typically the keys to the kingdom,” Tyler Shields, CMO at JupiterOne and a former Forrester Research analyst, told Threatpost via email on Tuesday. “Targeting the system that holds account authorization and authentication information can result in massive compromise of an enterprise. It’s one of the most commonly deployed account management systems on the planet and must be kept secure and up to date.”

John Bambenek, principal threat hunter at Netenrich, said that if an attacker gets domain admin privileges, they can “quite literally do almost anything they want to any machine in an organization with impunity.”

Ransomware operators, for example, would find these vulnerabilities interesting if they want to “ransom an entire organization at once,” Bambenek said. Using the PoC to install ransomware on every Windows machine in an organization “would be trivial,” he added.

AD is not only ubiquitous – it’s also constantly under siege by adversaries, noted Tim Wade, technical director, CTO team at AI-based cybersecurity firm Vectra. It’s “the preferred method of progress through an enterprise once an initial foothold has been achieved,” he told Threatpost via email.

A case in point: AD played a part in the SolarWinds attacks, when adversaries hit Active Directory Servers with the FoggyWeb backdoor. AD is, unfortunately, a nightmare to secure, as has been outlined by SpecterOps researchers who’ve tried to get the security community to think about the AD problem in terms of “misconfiguration debt”: as in, incremental misconfigurations that build up over time, such that attackers are virtually guaranteed to find an attack path to their objective on any network.

“These two bugs … [are] absolutely worth attention, given the direct line of sight between their presence and full domain compromise” Wade stressed. ” When it rains in information security, it seems to pour – but this isn’t something that network defenders should lose any time patching out of their environment.”