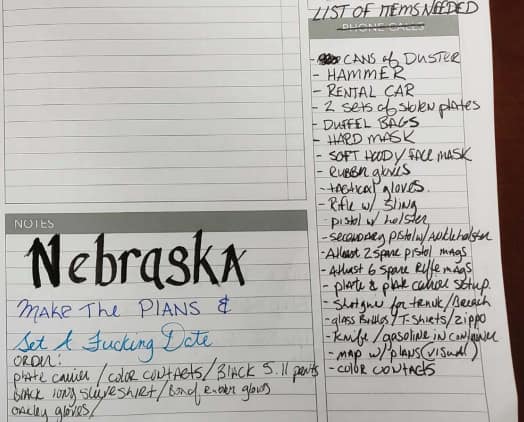 A darkweb vendor from Maryland and a pharmacist from Nebraska were sentenced to federal prison for conspiring to firebomb a competitor’s pharmacy.

William Anderson Burgamy IV, 33, of Hanover, Maryland, and Hyrum T. Wilson, 41, of Auburn, Nebraska, received a combined total of more than 23 years in federal prison, according to an announcement from the U.S. Attorney’s Office for the Eastern District of Virginia.

Burgamy sold hydrocodone, oxycodone, alprazolam, and other controlled substances through the “NeverPressedRX” vendor account on Empire Market. He claimed his drug trafficking operation had earned more than $1 million. Wilson, the owner of a pharmacy in Nebraksa, supplied Burgamy with thousands of so-called”dosage units” originally intended for customers of his pharmacy.

Due to the success of the NeverPressedRX vendor account, Wilson had trouble supplying as many pills as Burgamy needed. Unless more legitimate customers started using Wilson’s pharmacy, the pharmaceutical suppliers would not substantially increase the number of pills supplied to Wilson. To dramatically increase the popularity of Wilson’s pharmacy, the partners planned to eliminate the town’s only other pharmacy.

They called their plan “Operation Firewood.” Law enforcement learned of the plan after arresting Burgamy for selling drugs through the darkweb. During a search of Burgamy’s electronic devices, investigators found text messages between Burgamy and Wilson that detailed the plot, such as:

“I may need you to give me the rundown of where you think the shit would be. What I have planned is to spray paint outside, then immediately break the door. Head in with a duffle bag and have the guy in bringing [sic] with a case of beer bottles converted into maltoff [sic] cocktails and a zippo lighter and as soon as I hop the counter with the bag he’ll throw the 4 cocktails. What do you think.”

Wilson, in the text messages, provided the location of the target pharmacy and detailed the getaway plan. Burgamy and one accomplice would execute the firebombing plan, according to the duo’s written plans. Burgamy and his accomplice would carry numerous firearms and wear masks during the attack. After gaining entry into the pharmacy, Burgamy would steal hydrocodone and oxycodone pills before setting the pharmacy on fire and escaping in a rental car.

Prosecutors detailed the steps involved in the plan.

The announcement from the U.S. Attorney’s Office added some additional information:

Wilson created a “getaway” map and escape routes for Burgamy to use to help him evade law enforcement detection after the firebombing. Wilson instructed Burgamy to make the firebombing appear as though it was committed by a fictitious “pissed off husband” who learned about a fabricated affair involving the husband’s wife and a pharmacist from the victim pharmacy. Burgamy and Wilson also discussed obtaining and selling hydroxychloroquine and chloroquine for illegal distribution purposes in order to further profit from the ongoing COVID-19 pandemic.

Burgamy assured Wilson that if anything happened to him, he would take care of Wilson’s “family and bills,” and Wilson agreed to safeguard Burgamy’s life insurance information in the event Burgamy was killed during the attack. Burgamy and Wilson also agreed that Burgamy and another individual would carry multiple firearms during the attack and use explosives, specifically Molotov cocktails enhanced with Styrofoam as a thickening agent, to burn the victim pharmacy down.

Burgamy and Wilson were sentenced to 168 months and 112 months in prison respectively.

According to the announcement, this operation was a part of Operation DisrupTor, an international law enforcement action targeting darkweb opioid traffickers.