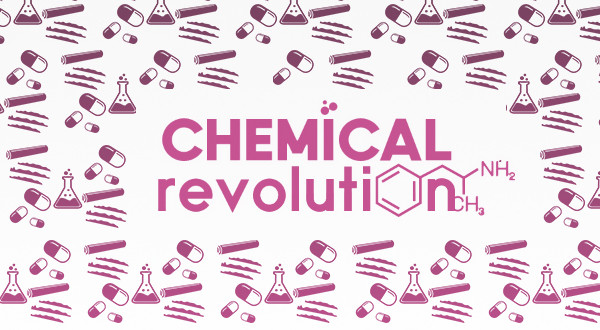 Ecstasy, Cocaine or Marijuana? – Germany’s largest drug shop on the dark web had this and much more in its range. The goods were shipped through the mail to users all over the world. This was until of course, the operators got busted by the police.

The investigators ordered drugs 17 times through the market dubbed Chemical Revolution. This was including ten grams of marijuana for 100 euros, 25 ecstasy tablets for 112.50 euros, 50 grams of “Colombian Cocaine” for 3010 euros. The “particularly high quality” from the test purchases was “to be emphasized” , explain investigators in internal documents of the Federal Criminal Police Office.

Thousands of pages record the unusual ways the investigators had to take to catch the operators of Germany’s largest drug platform. Under the name “Chemical Revolution”, a group of cyber criminals sold various narcotics and fraudulent information on the Internet. All done via the dark-net and hiding behind the ToR Browser. The group and its operators were able to peddle amphetamine, cannabis and MDMA, as well as cocaine and heroin. According to the investigators, the operators earned more than one million euros for the scheme.

Online drug trafficking on the rise

“It can definitely be ascertained that the drug trade on the Internet has increased steadily in recent years and is currently leveling off at a high level,” explains the Federal Criminal Police Office (BKA) “. According to the BKA, there are currently no reliable figures to what extent the corona crisis has fueled this trend. But one thing is already clear: Already before Corona, more and more narcotics were sold online and sent by mail. Many markets come and go. We have seen countless exit scams by operators in 2019. But like a hydra, many new ones take their place. Still we see unprecedented levels of drug sales and years of operation by the biggest darknet market called Empire.

Mailing also played a major role in “Chemical Revolution”, the files show. Apparently all the ordered drugs were shipped via different mail systems. Evidence photos show young men with supermarket bags in front of DHL packing stations as they ship suspected drug orders across the city. In addition, the investigators read chats from suspects and listened to phone calls. They also picked up on a call of two members of “Chemical Revolution”, when one of them stood at a packing station. The two employees said:

“How can you drop off parcels at the post office?”

“I’m at the Packstation right now, but how can I drop off parcels? Do I just have to put them in here somewhere?”

“Yes, you have to press send.”

According to the BKA, digital drug dealers are often “young, male, computer-savvy people”. Often these perpetrators are still relatively “new to the business” and are not integrated into existing networks as much as the “classic” perpetrators. At least in part, this seems to be the case with the “Chemical Revolution”.

All suspects are male, and only one of them is older than 40 years old. The alleged head of “Chemical Revolution” is a 27 year old nicknamed “Joko” on the Internet. According to the investigation, he kept in touch with a Dutch man who supplied the drugs. The investigators assumed that couriers and drivers transported the drugs to Germany. Afterwards, so-called “runners” are said to have portioned and packaged the drugs in a changing line-up. This was in order to then send them to customers by post with standard or express delivery.

This digital drug delivery service can attract new groups of buyers to the drug market, explains the BKA. Current figures therefore indicate that rural regions will be reached somewhat more strongly. In general, the Darknet offers buyers “relatively easy and supposedly safe access to narcotics”. Which is why customers may also be addressed who have previously been deterred by conventional dealers.

Set up by an informant

The internal documents which are available now, reveal an end to the investigation as if from a crime novel. The operators of the Chemical Revolution contacted a friend who once helped build the drug shop. He arranged for a buyer for their remaining drug stocks. What the operators of Chemical Revolution did not know at the time was that this acquaintance had been working with the authorities. In this way, the traitor gives them contact with a supposed drug buyer. But he is actually a covert investigator at the BKA. Finally he wrote in a chat with the drug supplier:

“Do you want to do business?”

“Yes definitely – what exactly do you have?”

A Showdown in a parking lot and some pizza

The alleged drug buyer made a deal to hand over 40,000 euros in a sports bag at a Rewe parking lot in Hamburg. For this, he was supposed to receive over twelve kilograms of various intoxicants. The investigators watched and listened in to the meeting. Shortly before the handover, the undercover BKA investigator confirms “Everything is fine, tutto paletti.” Apparently this was a code word, because shortly afterwards the authorities arrested the suspects.

Almost all members of the Chemical Revolution were arrested and transferred in February 2019. Only the head of the group will not be caught at first because according to investigators, the real name of “Joko” was unknown to all of his employees. Most of the time, he communicated via encrypted messengers such as Signal and Telegram. The BKA also describes technical anonymization as “probably the greatest hurdle in the investigation of ‘digital’ drug offenses.”

So it is only the smallest of mistakes digital perpetrators make that can unmask them. The presumed head of “Chemical Revolution” is finally revealed by an ordering of a pizza. Investigators manage to trace the payment back to “Joko”. So they unmask the alleged leader of the group and arrest him in May 2019.

He and ten other people have been charged in no small quantities for unlawful drug trafficking. A trial date is still pending.