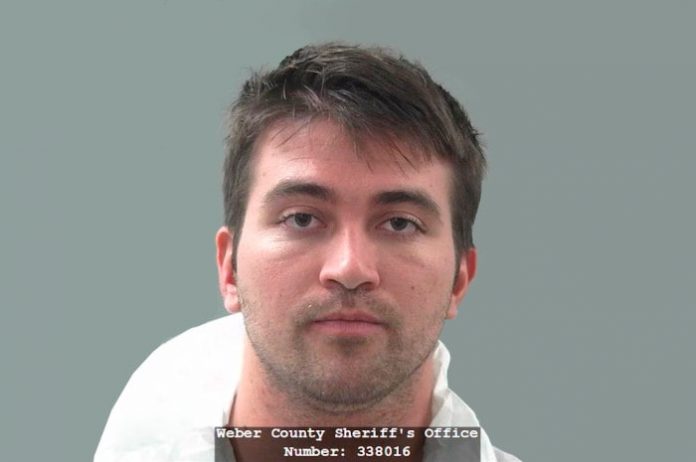 Court documents revealed that Shamo and his accomplices imported fentanyl and alprazolam from China. They then used pill presses to manufacture counterfeit oxycodone and Xanax pills. In addition to selling the pills through the “Pharma_master” vendor account, Shamo and his accomplices sold some of the pills locally and supplied the rest to other sellers at a wholesale price.

In August 2019, a jury found Shamo guilty in of engaging in a continuing criminal enterprise, three counts of aiding and abetting the importation of a controlled substance, possession of a controlled substance with intent to distribute, manufacture of a controlled substance, and two counts of knowing and intentional adulteration of drugs while held for sale. They also convicted Shamo of aiding and abetting the use of the U.S. Mail in furtherance of a drug trafficking offense, conspiracy to commit money laundering, money laundering promotion, and concealment, and engaging in monetary transactions in property derived from specified unlawful activity.

“Shamo’s drug trafficking organization is a graphic example of the dangers in drug trafficking and the harm it causes individuals, families, and communities. At least 90 of Shamo’s retail customers have died. Because Shamo’s organization supplied pills to other drug distributors on a wholesale basis, it is impossible to know for sure how many have perished in this illicit drug network. Most of Shamo’s profit hinged on fentanyl-laced fake pain pills, and fentanyl is an extraordinarily poisonous substance. Congress mandated the life sentence imposed today, which implies that a bi-partisan majority of our nation’s policymakers agreed on this significant sentence for circumstances like those found in Shamo’s conduct.”

“In 2016, Shamo sold 1 million fentanyl-laced fake oxycodone pills to unsuspecting buyers in every state in the union. While the total harm he caused can never be measured, at least 90 of his known customers have died from overdoses. The Court’s sentence today—life imprisonment—brings justice to the families of his deceased customers and everyone else affected by his crimes. The Attorney General’s Office extends its deepest sympathies to the families of the deceased, recognizing that not even a just sentence can restore what was lost. We remain fully engaged in our effort to combat the opioid epidemic by aggressively investigating and prosecuting drug dealers who prey on the addicted.”

“The tragedy of the opioid crisis continues to this day, fueled in large part by those who use every method available, including the Dark Web, to sell their illicit goods to those with substance abuse addictions. The FDA will continue to work with its law enforcement partners to protect the public health and disrupt and dismantle illegal prescription drug manufacturing and distribution.”

“Aaron Shamo profited off of the pain and suffering of others in the hopes of becoming rich and famous. Shamo deserves to be held accountable for his actions. This investigation highlights the on-going struggle that our country faces with opioid addiction and the cooperative efforts needed to successfully dismantle criminal organizations targeting our neighborhoods.”

“Today’s sentence is the result of a collaborative investigation between federal, state, and local partners and exemplifies our commitment to dismantle major narcotics and money laundering operations in Utah. As this case shows, you can’t hide on the darknet. HSI will continue to use its considerable technological expertise to investigate criminals like Shamo who push dangerous drugs into our neighborhoods and contribute to the epidemic of opioid addiction in our country.”

“Mr. Shamo put at risk countless individuals addicted to opioids, through the sale of dangerous counterfeit fentanyl-laced pills. His drug empire affected the entire nation and today Mr. Shamo and the United States people received their justice. We will continue to work together with our law enforcement partners to dismantle criminal enterprises like Mr. Shamo’s, who intend to financially profit from the exploitation and suffering of our communities and Americans as a whole.”

“The conviction and sentencing of Aaron Shamo is an excellent example of multiple law enforcement agencies combining their expertise and resources to work on the common goal of taking down dark web vendors. These vendors work under the belief they are anonymous, selling dangerous narcotics such as the deadly fentanyl uncovered in this investigation. U.S. Postal Inspectors are committed to continuing our work to dismantle drug trafficking operations to keep USPS customers and employees safe from greedy drug traffickers who favor profit over human lives.”

Australian Woman Paid a Hitman to Murder Her Parents

US Charges Six Members Of Russian Military Intelligence Over Cyberattacks