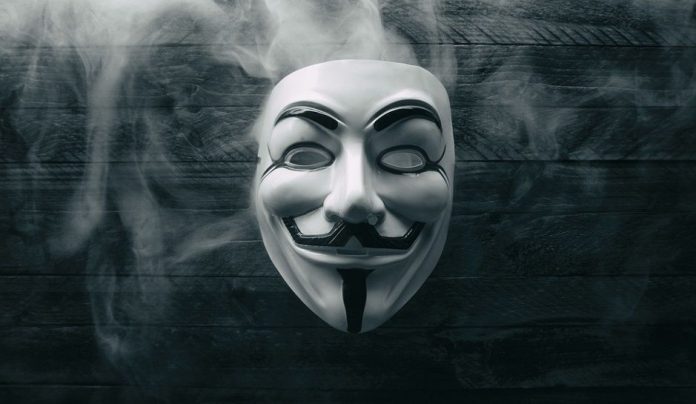 As the United States deals with widespread civil unrest across dozens of cities, “hacktivist” group Anonymous has returned from the shadows.

The hacker collective was once a regular fixture in the news, targeting those it accused of injustice with cyber-attacks.

After years of relative quiet, it appears to have re-emerged in the wake of violent protests in Minneapolis over the death of George Floyd, promising to expose the “many crimes” of the city’s police to the world.

However, it’s not easy to pin down what, if anything, is genuinely the mysterious group’s work.

The “hacktivist” collective has no face, and no leadership. Its tagline is simply “we are legion”, referring to its allegedly large numbers of individuals.

Without any central command structure, anyone can claim to be a part of the group.

This also means that members can have wildly different priorities, and there is no single agenda.

But generally, they are activists, taking aim at those they accuse of misusing power. They do so in very public ways, such as hijacking websites or forcing them offline.

Their symbol is a Guy Fawkes mask, made famous by Alan Moore’s graphic novel V for Vendetta, in which an anarchist revolutionary dons the mask to topple a corrupt fascist government.

What actions have they taken?

Various forms of cyber-attack are being attributed to Anonymous in relation to the George Floyd protests.

First, the Minneapolis police department website was temporarily taken offline over the weekend in a suspected Distributed Denial of Service (DDoS) attack.

This is an unsophisticated but effective form of cyber-attack that floods a server with data until it can’t keep up and stops working – in the same way that shopping websites can go offline when too many people flood it to snap up high-demand products.

A database of email addresses and passwords claiming to be hacked from the police department’s system is also in circulation, and being linked to Anonymous.

However, there is no evidence that the police servers have been hacked and one researcher, Troy Hunt, says the credentials are likely to have been compiled from older data breaches.

What we almost certainly have here is the result of someone selecting every http://ci.minneapolis.mn.us  email address from old breaches or credential stuffing lists and passing it off as something it isn’t. There’s no evidence whatsoever to suggest this is legitimate.3107:33 PM – May 31, 2020Twitter Ads info and privacy64 people are talking about thisReport

A page on the website of a minor United Nations agency has been turned into a memorial for Mr Floyd, replacing its contents with the message “Rest in Power, George Floyd”, along with an Anonymous logo.

However, experts suggest it is unlikely to be a hack, and could instead be the result of a stolen piece of hardware being commandeered by protesters on the scene – if the videos are genuine in the first place.

Anonymous activists are also circulating years-old accusations against President Trump, taken from documents in a civil court case that was voluntarily dismissed by the accuser before it went to trial.

Have they acted over race issues before?

Despite there being no single unified approach among Anonymous’ members, the group has targeted groups over race relations in the past.

In 2014, when the shooting of Michael Brown in Ferguson, Missouri, prompted widespread protests, members of Anonymous threatened to target the city if protesters were harmed.

They then disabled the city’s website, compromising communications at city hall, and targeting the city’s police chief.

Is this return credible?

George Floyd’s death has led to what the BBC’s New York correspondent Nick Bryant described as the most widespread racial turbulence and civil unrest since the assassination of Martin Luther King in 1968.

It is against this backdrop that a Facebook page claiming to be linked to Anonymous released a video about Mr Floyd’s death, alleging a string of other crimes involving Minneapolis police, and threatening to act.

But it received much wider attention after the Minneapolis police department’s website appeared to be knocked offline.

Is this the kind of cyber-attack that Anonymous is typically associated with?

The first major Anonymous operation to make headlines was against the Church of Scientology in 2008, in which it used DDoS attacks to knock some of the organisation’s websites offline, along with prank calls and empty fax messages designed to disrupt their communications.

In the years that followed, in the aftermath of a global financial crisis, the group acted in support of the Arab Spring protest movements, targeted Sony Entertainment over its attempt to crack down on hacking of the PlayStation 3 console, and supported the Occupy Wall Street protests, among others.

They have continued to lend support to similar causes, and staged anti-establishment rallies around the world, but their prominence in mainstream media had diminished in recent years.

The revolutionary image and willingness to take on powerful entities, however, appears to be striking a chord during the current crisis in the United States.

Biden to Putin: infrastructure hacks should be ‘off-limits’