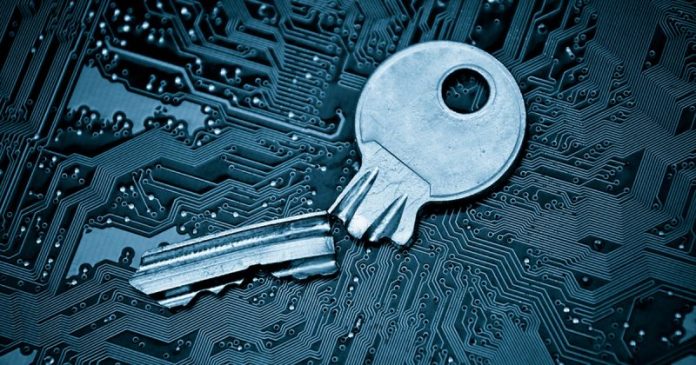 There are patches or remediations for all of them, but they’re still being picked apart. Why should attackers stop if the flaws remain unpatched, as so many do?

In a perfect world, CISA would laminate cards with the year’s top 30 vulnerabilities: You could whip it out and ask a business if they’ve bandaged these specific wounds before you hand over your cash.

This is not a perfect world. There are no laminated vulnerability cards.

But at least we have the list: In a joint advisory (PDF) published Wednesday, the FBI and Cybersecurity and Infrastructure Security Agency (CISA), the Australian Cyber Security Center, and the UK’s National Cyber Security Center listed the vulnerabilities that were “routinely” exploited in 2020, as well as those that are most often being picked apart so far this year.

The vulnerabilities – which lurk in devices or software from the likes of Citrix, Fortinet, Pulse Secure, Microsoft and Atlassian – include publicly known bugs, some of which are growing hair. One, in fact, dates to 2000.

“Cyber actors continue to exploit publicly known – and often dated – software vulnerabilities against broad target sets, including public and private sector organizations worldwide,” according to the advisory. “However, entities worldwide can mitigate the vulnerabilities listed in this report by applying the available patches to their systems and implementing a centralized patch management system.”

So far this year, cyberattackers are continuing to target vulnerabilities in perimeter-type devices, with particularly high amounts of unwanted attention being devoted to flaws in the perimeter devices sold by Microsoft, Pulse, Accellion, VMware and Fortinet.

All of the vulnerabilities have received patches from vendors. That doesn’t mean those patches have been applied, of course.

According to the advisory, attackers are unlikely to stop coming after geriatric vulnerabilities, including CVE-2017-11882: a Microsoft Office remote code execution (RCE) bug that was already near drinking age when it was patched at the age of 17 in 2017.

Why would they stop? As long as systems remain unpatched, it’s a win-win for adversaries, the joint advisory pointed out, as it saves bad actors time and effort.

Adversaries’ use of known vulnerabilities complicates attribution, reduces costs, and minimizes risk because they are not investing in developing a zero-day exploit for their exclusive use, which they risk losing if it becomes known. —Advisory

In fact, the top four preyed-upon 2020 vulnerabilities were discovered between 2018 to 2020, showing how common it is for organizations using the devices or technology in question to sidestep patching or remediation.

The cybersecurity bodies urged organizations to remediate or mitigate vulnerabilities as soon as possible to reduce their risk of being ripped up. For those that can’t do that, the advisory encouraged organizations to check for the presence of indicators of compromise (IOCs).

If IOCs are found, kick off incident response and recovery plans, and let CISA know: the advisory contains instructions on how to report incidents or request technical help.

Here’s the full list of the top dozen exploited bugs from last year:

CISA et al. also listed these 13 flaws, all discovered this year, that are also being energetically exploited:

The advisory gave technical details for all these vulnerabilities along with guidance on mitigation and IOCs to help organizations figure out if they’re vulnerable or have already been compromised. The advisory also offers guidance for locking down systems.

Can Security Teams Keep Up?

The CVEs highlighted in Wednesday’s alert “continue to demonstrate that attackers are going after known vulnerabilities and leverage zero-days only when necessary,” he told Threatpost on Thursday.

Recent research (PDF) from Vulcan Cyber has found that more than three-quarters of cybersecurity leaders have been impacted by a security vulnerability over the past year. It begs the question: Is there a mismatch between enterprise vulnerability management programs and the ability of security teams to mitigate risk?