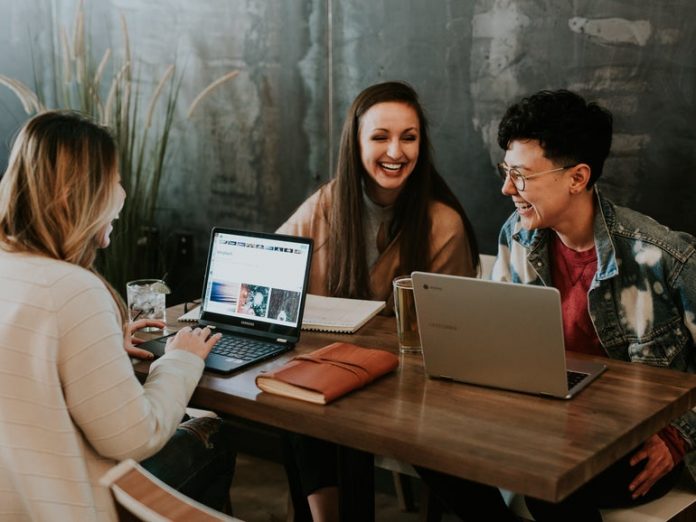 You would think that the method of protecting Chrome browsing would be the same for Chrome as for Chromebooks. After all, Chromebooks are pretty much machines designed to run Chrome. But there are differences, and we’ll discuss that in this article.

Not everyone needs a MacBook or a Windows 10 laptop. These Chromebook laptops feature low prices and long battery lives.

Desktop Chrome on PCs and Macs is best protected by VPN applications designed for those operating systems. We’ve done closer look articles into both of those categories, which should help.

Essentially, you’re installing a VPN application that runs in the background and protects all network traffic. Chrome extensions are available for most of the popular VPN services that allow you to turn on and off features, and provide some added WebRTC protections.

For iOS and Android, users also will install a device-wide application. Mobile Chrome doesn’t support extensions, so your device-based app is your best defense.

Finally, for Linux devices running Chrome, some vendors offer a Linux binary, but the most common method is to install VPN software on a router, and then run all traffic through that router. That doesn’t help for mobile Linux users, but it’s a start.

Let’s take a look at four of our favorite VPN services and see how they do with Chrome and Chromebook.

ExpressVPN has been burning up the headlines with some pretty rough news. We’ve chosen to leave ExpressVPN in this recommendation, and I wouldn’t necessarily dismiss ExpressVPN out of hand because of these reports, but it’s up to you to gauge your risk level. The best way to do that is read our in-depth analysis:

ExpressVPN is one of the most popular VPN providers out there, offering a wide range of platforms and protocols. Platforms include Windows, Mac, Linux, routers, iOS, Android, Chromebook, Kindle Fire, and even the Nook device. There are also browser extensions for Chrome and Firefox. Plus, ExpressVPN works with PlayStation, Apple TV, Xbox, Amazon Fire TV, and the Nintendo Switch. There’s even a manual setup option for Chromecast, Roku, and Nvidia Switch.

I’m running a VPN app. Do I still need a Chrome extension?

The answer will differ a bit from vendor to vendor, but generally the Chrome extension will give you in-browser control over your app. More important is that sometimes sites using WebRTC can punch through the VPN’s tunnel and grab your actual IP address. Chrome extensions can usually block that behavior.

If I have a Chrome VPN extension, do I need a full app?

Yes, because Chrome extensions only work in Chrome. If you are doing anything else on a network that’s outside of your browser, Chrome’s extensions won’t catch it.

How can I stay protected if my older Chromebook doesn’t support Android apps?

The answer to this is much like the answer to anyone asking how to stay protected on old gear: sometimes you can’t. If your gear can’t keep you safe online, either don’t go online or upgrade your gear. Sorry, but the cost of an upgrade is far less than the damage that can be caused if you’re a victim of identity theft.

What should you do with an old Android smartphone? And how...